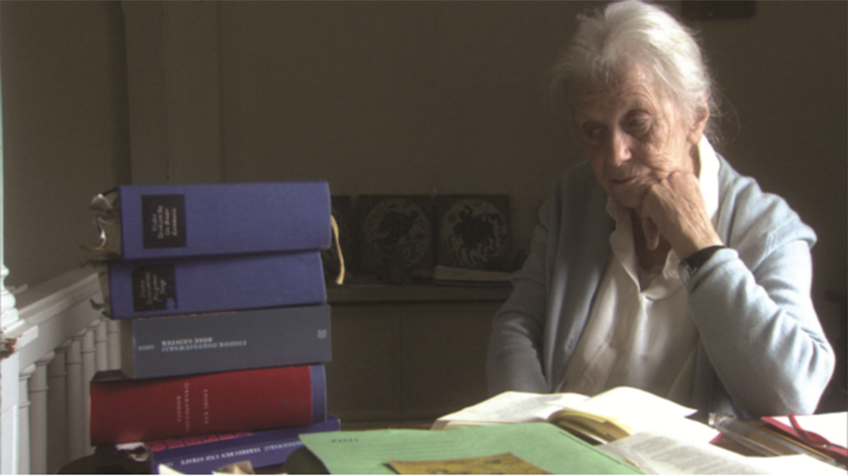 The Woman with the Five Elephants

Swetlana Geier is Germany’s leading translator of Russian literature. At the age of 85, she has finished translating five of Dostoevsky’s novels (known as the Five Elephants). The film at first seems to deal with her daily life as she goes about her housework with a neck bent from years of translating literature, or conducts delicate translation work in collaboration with colleagues. But her son’s sudden accident forces her to stop her translation work and focus on nursing him back to health. The film then shifts to the question of what translating means to Swetlana. The film embarks on a journey to her hometown in Ukraine, which she never again visited after leaving the place as a teenager. There we discover the secret to her literary talent, a legacy of the various turmoil she has been forced to deal with: a restless Soviet Union and Germany, the Second World War, the death of her father and a friend, ideological conflict and survival, and her passion for translation. Her life itself is witness to as well as a struggle against the weight of European history. As the film begins, she makes a statement that testifies to the years she has spent as a literary translator: “I am so indebted to life that I have no time to rest.” (LEE Seung-min)