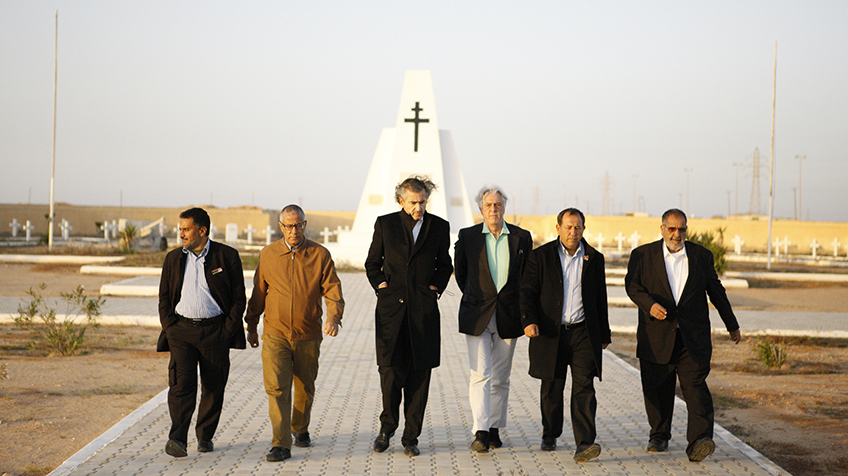 The Oath of Tobruk

The Oath of Tobruk is ﬁrst of all a human adventure. It is the story of a handful of men who decided to travel to Libya to cover a war and quickly went from being spectators to becoming actors in the war. In the forefront was Bernard-Henri Levy, for whom the victory of the Libyan people over Muammar Gaddaﬁ, the dictator who had oppressed them for four decades, became the fulﬁllment of 40 years of activism from Afghanistan to Darfur, from Bangladesh to Bosnia, and beyond. The story continued for six months, with ups and downs on all fronts, until the tyrant fell. It then continued for eight more months in an editing studio and in numerous voyages (to the United States, Dubai, Dakar, Istanbul, London, and Jerusalem) in the search for testimonials from other actors in that war - Libyans, Americans, French, Senegalese; pilots, prime ministers, and leaders of the National Transitional Council that leads Libya today. The Oath of Tobruk shows us war from the inside, as if it were ‘the making of the revolution in Libya’. It depicts war as it has never been seen before, because the maker of the ﬁlm became not only a participant in the war, but one of its major ﬁgures. That is what makes The Oath of Tobruk an exceptional work. (François MARGOLIN)