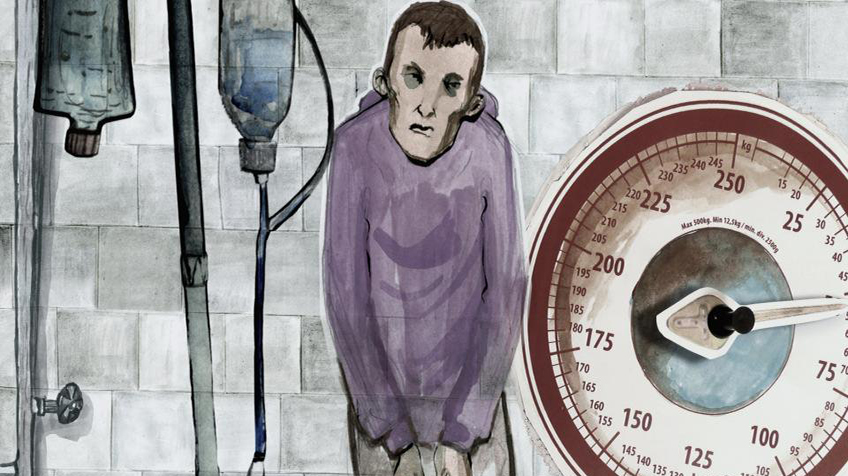 Crulic - The Path to Beyond

Going in a hunger strike to prove innocence is pretty extreme and rare nowadays. On the 10th of September, Romanian immigrant Claudiu Crulic is accused of having stolen a wallet from an important Polish Judge. He had previously been accused of another theft. Crulic is brought to a prison in Krakow. He decided to start a hunger strike from the day he was arrested to claim his innocence. Acclaimed Polish director Anca Damian, who was fascinated by Crulic’s story, decided to use animated imagery to represent a dead person narrating his own story, not only as a device to carry the story, but also, more importantly, as a vehicle to give voice to emotion and suffering that would be unbearable in any other form. Remarkably, Crulic – The Path to Beyond includes complex feelings – not only crying but also laughing – East European humor, which works much stronger than crying alone. After being falsely accused, Crulic eventually dies in prison in the midst of a hunger strike. Damian challenges the documentary form and stuns with her cut-out animation in this memorable ﬁlm for a man who wanted to be heard and whose only weapon was his own body.