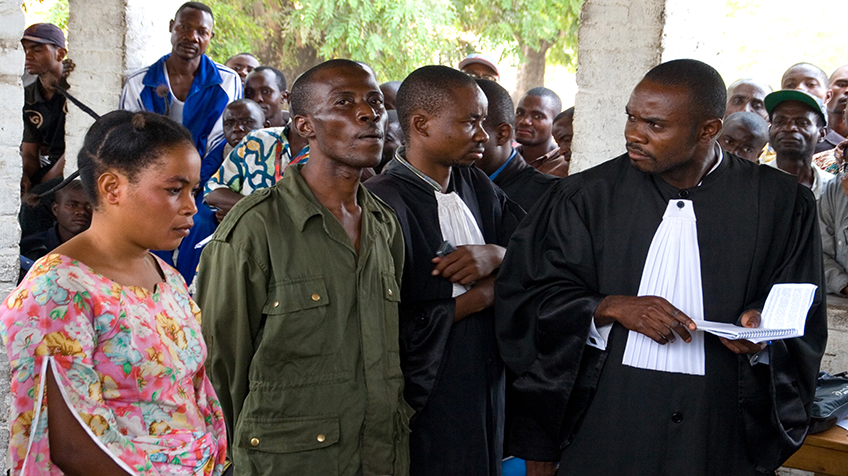 Justice for Sale follows Claudine, a young and courageous human rights lawyer, in her struggle against injustice and widespread impunity in Congo. She investigates the case of Masamba, a soldier who was convicted of rape, and discovers that his trial was corrupt and unfair. He was jailed without any concrete evidence. In Claudine’s journey to obtain justice, she uncovers a system where the basic principles of law are virtually ignored. Masamba’s trial also raises questions about the ﬁnancial support that the international community and NGOs offer to the Congolese judicial system. Is it creating a justice that’s for sale? And if so, who pays the price? Despite the seriousness and scale of rape crimes that are committed in the Congo, hardly anybody is held responsible for them. Widespread impunity is caused by the poor functioning of the Congolese national justice system. As a consequence, survivors of rape are seldom able to get their rapists behind bars. Those who do end up in prison are usually poor and sometimes even innocent because the rights of suspects are rarely respected. Justice for Sale is the third documentary in Ilse and Femke van Velzen’s trilogy about the Congo, after making Fighting the Silence and Weapon of War.