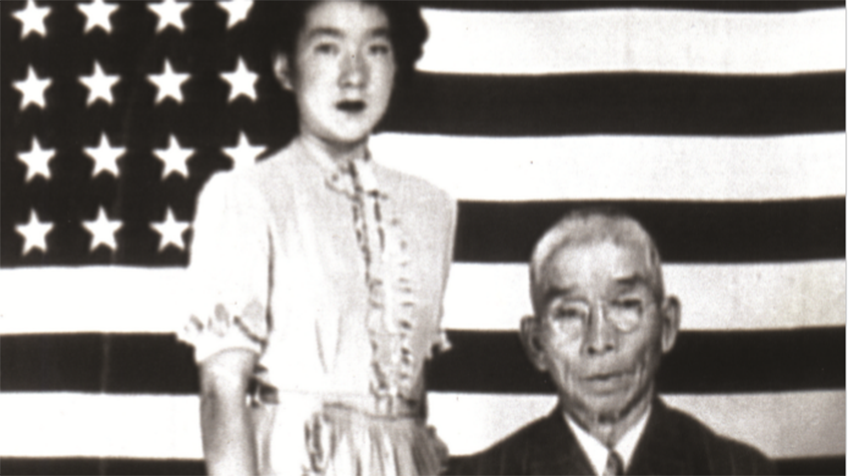 History and Memory: For Akiko and Takashige

History and Memory is a message of forgiveness and consolation regarding the older generation’s amnesia, and also a careful record of the search for an ever-absent image to fill the gap left by that loss of memory. After Japan’s attack to Pearl Harbor, the director’s family was detained in internment camps along with 110,000 other Japanese Americans scattered across the United States. But this fact was forgotten not only from her family’s memory, but also from the official history of America, as if it never happened. To piece together the fragments of this memory, the director keeps asking about the relations between recorded history and unrecorded memories and images. For instance, the Pearl Harbor attack is an image recorded by cameras and a firm “history” repeatedly represented by Hollywood movies, while the internment camps are like vacuums of history that is neither recorded nor traceable.

While internment camps are significantly distorted or do not exist at all in Hollywood films or films made by U.S.

Department of Defense, History and Memory challenges official history and images with its own video images. This film is a very subjective search for a story based on first-person narration and images, and this makes it so much more persuasive. Like a masterwork from the heyday of subjective documentaries based on the politics of identity in the 1980s and 1990s, this insightful film suggests fundamental questions about the relationship between history and images. (PARK Sohyun)​