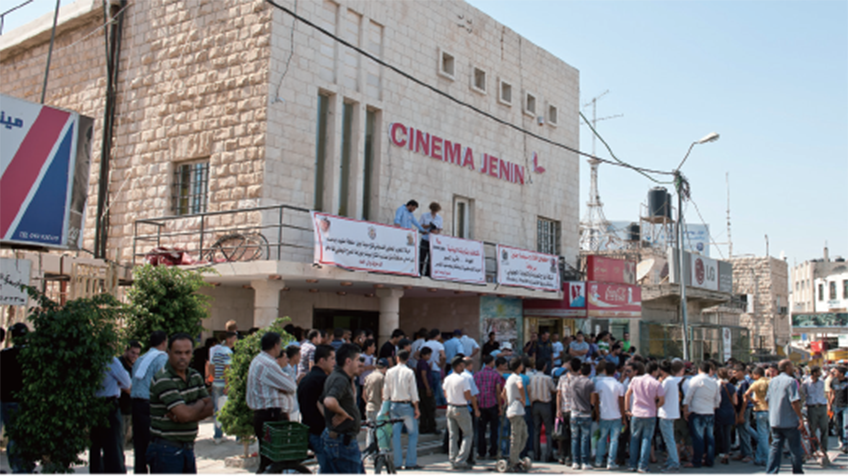 Cinema Jenin follows an ambitious initiative to re-open a previously abandoned cinema in the West Bank city of Jenin. Founded in the 1960s, it was once the largest cinema in the Palestinian territories, today it stands as a hollow echo of its society. Re-building the cinema, Germans and Palestinians come together evoking often comedic but always political and cultural ramiﬁcations. Cinema Jenin witnesses an intimate, nuanced and textured view into the city and its domestic affairs as well as the journey of a dedicated, loyal, often conﬂicted group of people who hope that the re-building of the cinema will be a bridge to peace, education and Palestinians self-empowerment. When German director Marcus Vetter goes to Jenin in the Palestinian territories for a story about Ismael, whose son was shot by an Israeli sniper, he discovers that the city once boasted a cinema where people lined up to watch local and international ﬁlms. The resurrection of Cinema Jenin has enormous dramatic potential, but it is also of major political signiﬁcance. The idea behind reopening the cinema was to foster and promote a cinema culture that will sustain the development of cinema-going and, by extension, of cross-cultural understanding. At the same time, it would help encourage free and fair education.