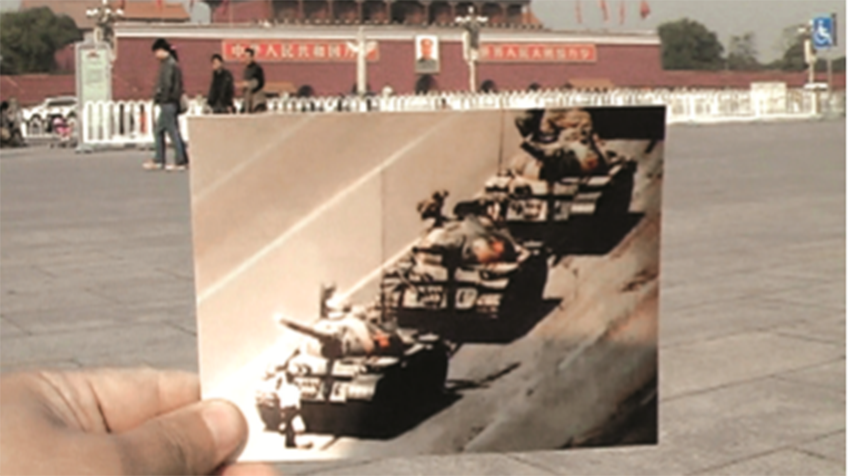 Rather than dealing with the 1989 Tiananmen Massacre (‘the people’s fight for democracy’), this film examines the extreme public amnesia Chinese people have towards this subject. Twenty years have passed. Only still photos and blacked-out moving images with background sounds of gun shots, anguished cries against the army and desperate calls for rescue testify to the string of events that occurred during that historic time. The famous photograph of a man single-handedly stopping a tank which imprinted the Chinese people’s fight for democracy into the memory of those all over the world is shown to people passing by. But what returns is silence and disapproval. Young people respond with either awe or evasion while an elderly lady remembers this time in a totally different way. Overall, the general attitude of ignorance, avoidance, distortion and oblivion may be diverse yet thoroughly uniform. Within this environment, the film positions itself as a desperate struggle against collective amnesia as well as the documentation of its journey. Soldiers, surveillance cameras and tourists fill Tiananmen Square, which the film goes to after visiting the burial grounds of the victims of the massacre. The camera-director holds up the famous tank photo against the backdrop of the square and gazes into it or lies on the ground. While people watch the national flag being taken down, take photographs or disperse at nightfall, the camera-director remains in the square continuing some kind of vigil, as if stating that what seems to be forgotten can never really be forgotten. (BYUN Seong-chan)