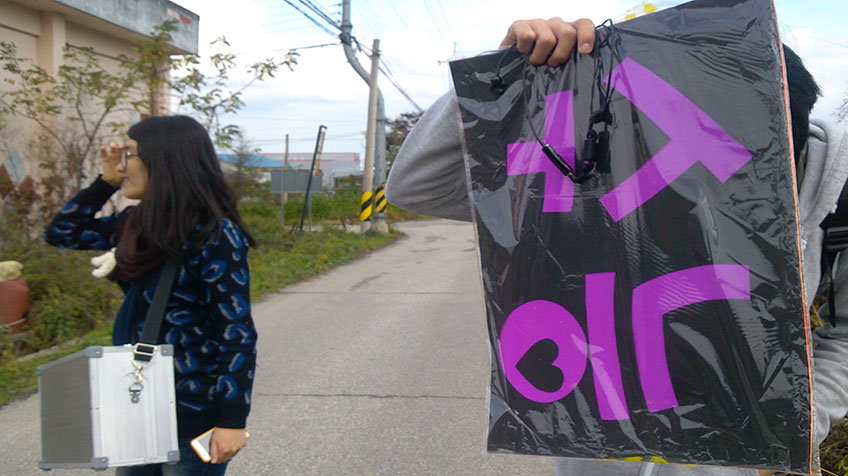 I Want to Be a Nineteen

18 should be an age that makes the heart leap just by hearing it said, but it has long been replaced by the term ‘high school senior’ and lost its place. This is a time when so many young people give up their ‘today’ as collateral for ‘a better future’ and join in a competition that has no end in order to get better grades, academic backgrounds, and jobs than others. Complaints like ‘Do I really have to go to college?’ or ‘What is my dream?’ coming from immature kids being disregarded as evasion or daydreaming may be a normal result. ‘I’ wants to be 18 rather than just ‘a high school senior’ and is considered by her family and friends as a young, immature kid who doesn’t know anything about the world. Her parents who use their ﬁnancial support as a weapon to order her to go to college no matter what and younger siblings who threaten her by citing cases around them and say she will regret it in order to make her change her mind are a force to be reckoned with. The tragedy of this tedious battle is that all this is based on the premise of happiness. Despite this fact, ‘I’ continues to talk of her dream. Watching her stand up to the formidable wall of reality and try slowly but surely to ﬁnd her own life is enjoyable and even quite moving. She gets hit and broken, which will make her tougher, so it makes you curious to see how she will turn out when she is 28 or 38. This sad yet adorable ﬁlm is not yet over. (KIM Ha-na)