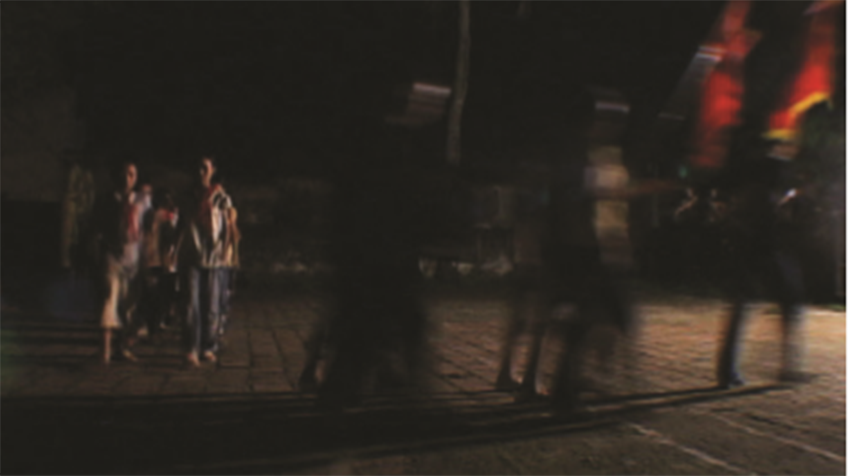 Chronicle of a Tape Recorded Over

Created during the Vietnam War, the Ho Chi Minh Trail was a key supply route for Ho’s military forces. Its location in the high regions of the jungle kept it safe from enemy aircraft detection and, while this was the main reason why the U.S. military bombarded it with massive amounts of napalm and Agent Orange, it has become a well-known fact that it not only endured these attempts but also played a crucial role in leading Vietnam to its victory. In other words, as a symbol of unification, resistance, sacrifice and national liberation, this route has become a legendary space as well as a place that represents national memory to the Vietnamese. However, Chronicle of a Tape Recorded Over doesn’t seem to focus on reconfirming or celebrating such public memory. As the film follows the trail, questions and answers are exchanged with anyone and everyone encountered along the path. And what seems to be confirmed is the co-existence of pride as well as traces of war wounds exposed through private memory. As soon as the film crew approaches a woman who participated in the development of the trail, they are arrested by local authorities.

And what follows is the testimony of a former combatant who reveals that numerous defoliant victims are suffering without any possibility of receiving proper treatment. Throughout the film, images of children – from those carrying out military close-order drills to teenagers breakdancing – suggest that public memory will probably continue to be passed down to future generations, yet slowly weaken as will the various painful wounds imprinted in private memories. (BYUN Seong-chan)​