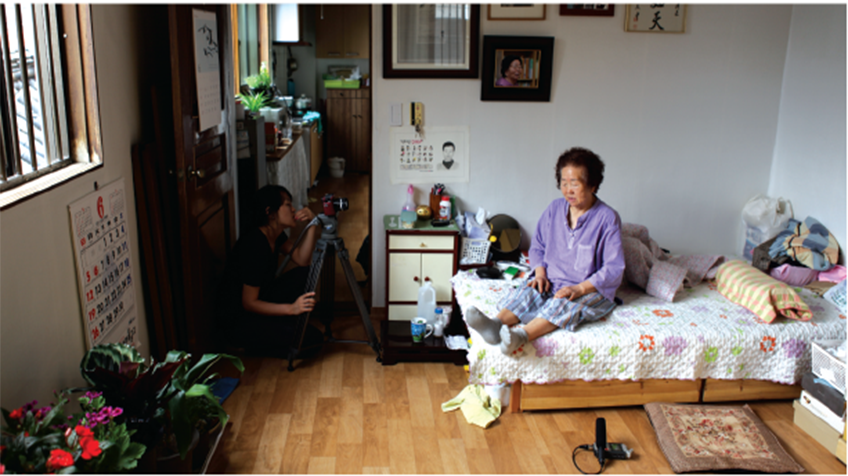 Lee So-seon, mother of the martyr Jeon Tae-il, passed away on September 3, 2011. The director of Mother says he made this film as he “wanted to lie on her lap and fall asleep while listening to her stories.” Mother is the last story Mrs. Lee told in the last days of her life. Following her daily life for more than one year, this film shows objects, spaces and landscapes she saw and touched. The sounds from her television and radio, the Bible and plants she kept, her quiet and soft monologues and murmurings, the scene of windows with raindrops, and the staircase and narrow alley she must have walked down – all of these scenes show her 40-year-long lonely yet strong life. For her entire life, Lee So-seon, the ‘mother of the workers’, lived a heart-warming life in solidarity with underprivileged people and Changsin-dong has become a home to her old friends who shared life with her. Mother is a film of consolation and encouragement to all mothers of the world who have to bear the burden of a hard-hearted world. (PARK Hye-mi)