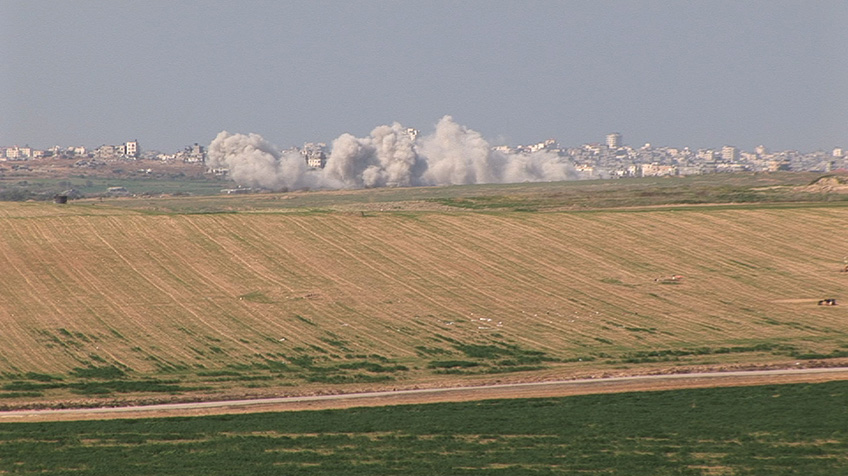 War Matador is a disturbing essay about war and tourism, an absurd, surreal journey into a beloved country whose bleeding wound determines their existence. During the war in Gaza in 2009, people came from all over Israel to observe the heavy smoke rising over Gaza. As if it were an ‘arena’, Gaza is depicted in this ﬁlm as a Corrida with a Matador and a Bull, a cycle where the victimizer and the victim combined offer no answer or resolution except man’s addiction to the myth of power and his continual gravitation towards the darkest places of his soul. So, this ﬁlm is more than a documentary ﬁlm. It is, perhaps, the best movie that helps us understand what has happened to Israel in the recent period and how many Israelis have evolved, say, since the failure of the peace negotiations in 2000 and the following Palestinian intifada that started then. The courageous Israeli directors of the ﬁlm do not answer, do not impose an answer, and they don’t need to answer. They just let its images speaking, and it’s more than enough.