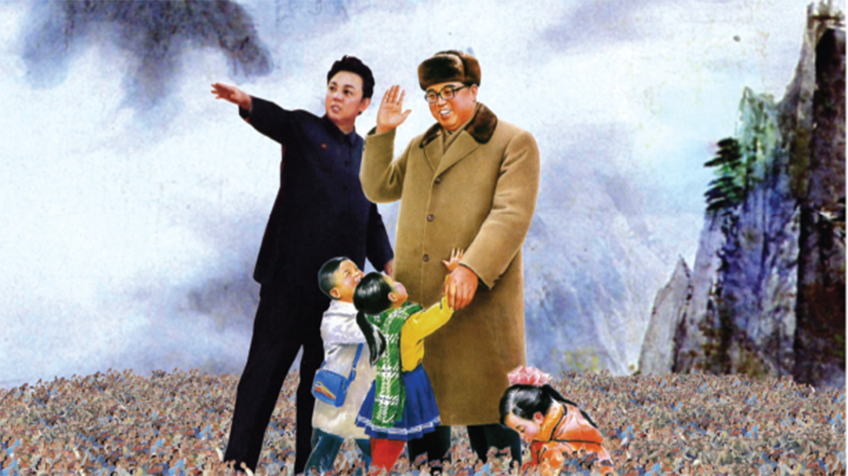 Kimjongilia is a ‘political’ depiction of a ‘political issue’ which discloses a North Korea ruled under the absolute power of Kim Il-sung and Kim Jong-il through the real testimonies of North Korean defectors. At times in a stream of passion and at other times with composure, the interviewees describe North Korea as a terrible place where they were miserably treated at concentration camps, where artists were used as mere means of political propaganda, and where there was no freedom, no possibility of change and only starvation, and why it was imperative for them to risk their lives to escape. From time to time, the director inserts images of women clad in North Korean military uniforms or re-enactments of their escape from North Korean in order to highlight a certain point. The director’s intentions clearly expresses, as mentioned in one North Korean defector’s interview, the desire to see the fall of Kim Jong-il’s dynasty and have him judged before the International Court of Human Rights. Unlike the positive nuance of ‘celebration’ (of the North Korean dictator), the flower named after him - ‘Kimjongilia’, also the title of this film -conveys a negative tone. Interestingly, this film totally focuses on disclosing the dismal reality of North Korea instead of documenting North Korean defectors’ difficulties of adjusting to life in South Korea or other Third World countries, using the non-fictional format to justify what are presented as facts. In this sense, the film reveals both the positive and the negative. (KANG Sung-ryool)