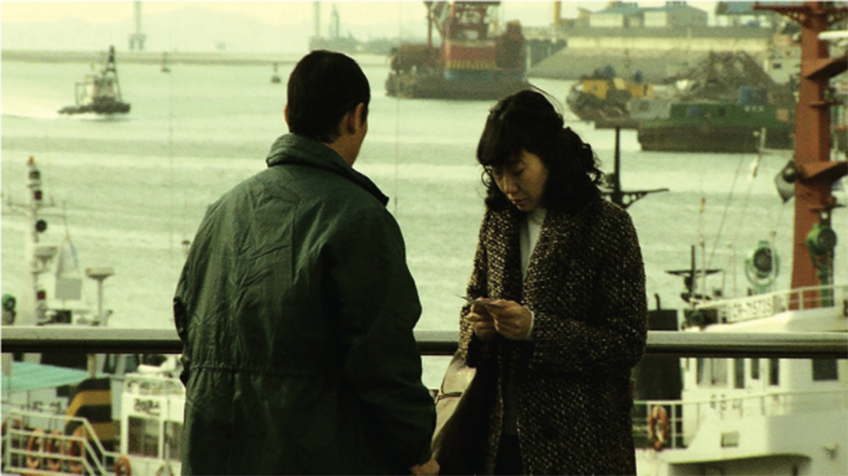 Dance Town, despite its title, is an in-depth exposition of the dismal reality of South Korea seen through the eyes of North Korean defectors. Until now, the director has diligently introduced the dark and relentless side of city life in his previous works. But he takes this one step further in this film by revealing the details of Seoul as a painful space.

Jung-rim defects to South Korea on her own and subsequently encounters a series of people who pull her into their life stories: her KCIA supervisor, the pregnant student whom she meets by chance, and the policeman who constantly approaches her. The spectrum of her life in Seoul may have broadened with the help of these people, yet the loneliness she feels doesn’t seem to subside. Like other films dealing with the theme of North Korean defectors, this film also comments on the fact that the South Korea these defectors have risked their lives to come to is also ridden with hardship and adversities. On the other hand, Dance Town strays away from a solid narrative structure to meticulously observe the lives of each person Jung-rim comes into contact with, while also giving enough space for the audience to compare their own lives in Seoul to Jung-rim’s. The frightening solemnity and darkness that resonates in this film seems to mirror ourselves where we are right now. (KANG Sung-ryool)​