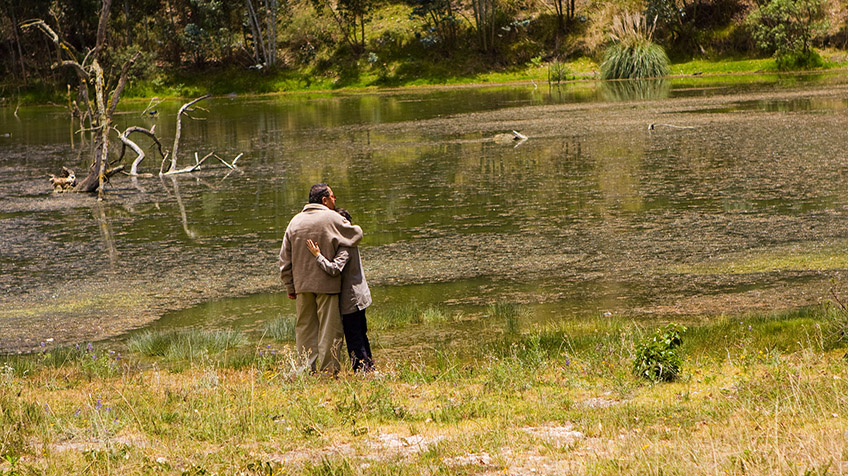 With My Heart in Yambo

With My Heart in Yambo is a poetic, contemplative voice-over, a self-investigation journey about the director’s brothers’ death, which determined her life forever. In 1988, when the director was just 10 years old, her brothers Santiago and Andrés mysteriously disappeared. A year later, the family discovered that the police had kidnapped, severely beaten, and then murdered the two boys for no apparent reason at all. Their bodies were dumped in the Yambo Lake, never to be found again. Since then, the father went to protest on the square of Ecuador’s Presidential Palace and the mother wrote letter after letter to the president. But, for as long as the Ecuadorean authorities shamelessly continue to cover up the case, it will be difﬁcult to lead a normal life. This ﬁlm is a heartrending contribution to the processing of a devastating family trauma and rehabilitation and deals with the process of ﬁlling the gaps, and recovering memory, not to let us die.