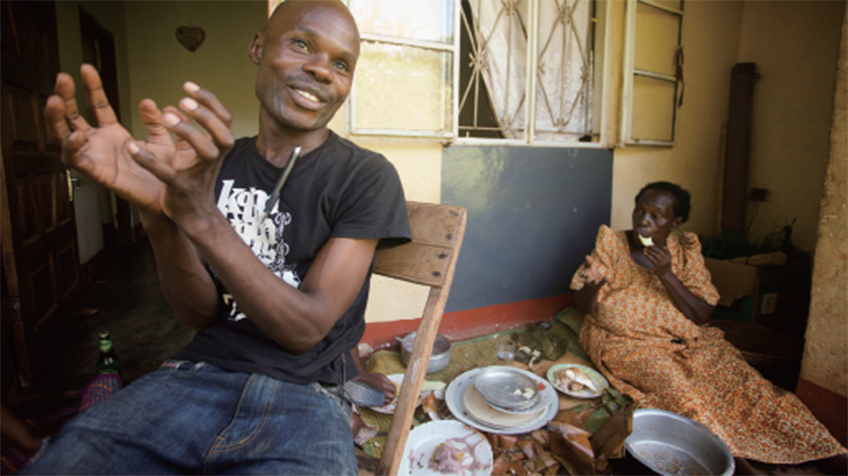 In Uganda, a new bill threatens to make homosexuality punishable by death and a veteran activist David Kato labors to repeal Uganda’s homophobic laws and liberate his fellow lesbian, gay, bisexual and transgender men and women, or ‘kuchus.’ But David’s formidable task just became much more difﬁcult. Call me Kuchu is a heartbreaking story of David who is Uganda’s ﬁrst openly gay man and one of the few who dares to publicly protest state-sanctioned homophobia. Working with an idiosyncratic clan of fellow activists, David ﬁghts Uganda’s government and tabloids in the courts, on television, and at the United Nations. While in ﬁlming, David is brutally murdered in his home and this ﬁlm depicts the last year in the life of a courageous, quick-witted and steadfast man whose wisdom and achievements were not fully recognized until after his death. This ﬁlm traces a narrative that takes the viewer beyond the chronicle of victimization depicted in international news media, and it tells the nuanced story of David and Kampala’s kuchus as they work to change their fate and that of other kuchus across Africa.