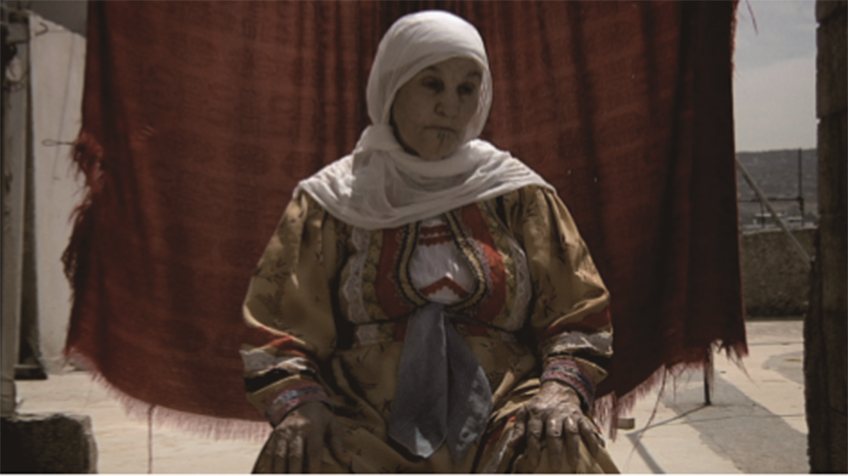 Hamdan is about a Palestinian man who has spent 15 years in the Israeli prison, survived from all the tortures and inhuman treatments given to him. The 75-minute long story is calm but heavy. After World War II, Palestinian people have lost their land to Israel and ever since then they have been resisting to the violent suppression of Israel and the elitism. As a leader of a resistance group, Hamdan crosses the border with explosives. During his mission, something unexpected happens and he’s sent to prison. The way Hamdan embodies the pain reminds us of Alain RESNAIS’s Night and Fog. The slow, lyrical images evoke the past and the emotionless narration of Hamdan floats over deserted roads, dilapidated houses and silent faces. The characters in this film never show their emotions but only expose their existence. Hamdan calls the names of his fellow prisoners and close-ups of their old, wrinkled faces fill the screen. This scene is simple but overwhelming at the same time because of the weight of time carried in those faces. Hamdan knows the meaning and the value of a subject, which has undergone a certain ‘time’, and the camera follows the traces of Hamdan, his journey and his pain. Hamdan’s life has been completely destroyed in the history of tragedy. Yet, he finds the meaning of life in survival and asks back: How much pain can a human being bear? This is an on-going question for the people of Middle East and other conflict areas, who are suffering brutally, and a fundamental doubt about the existence of human beings. (KIM Hyeong-suk)