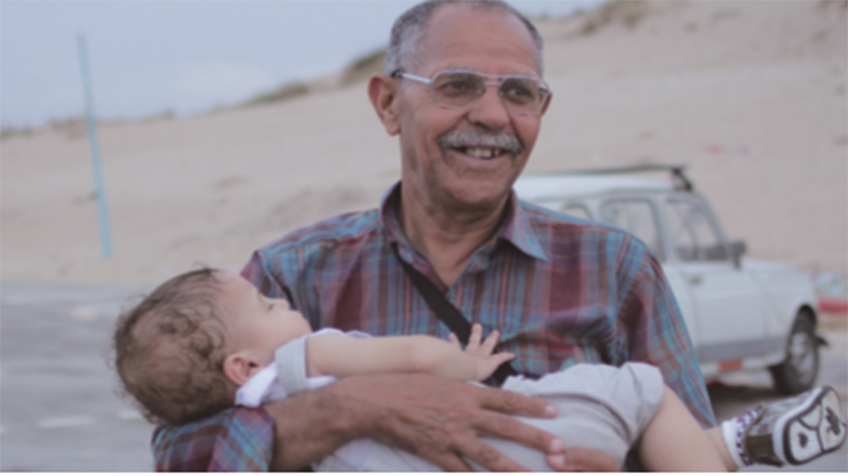 El HADI, an old man in his seventies, seems to live an ordinary life. At his nephew Damien OUNOURI’s request, however, he confesses his past, which he never revealed to anyone before. To join the armed group ‘FNL’ for the Algerian Revolution, El HADI went to France and tried to kill people several times under the group’s command. The title Fidai means a member of the secret assassination group. Since then, El HADI has lived in Algeria hiding his past but his nephew, the director, invites him to remember a long forgotten space of time. The documentary has been in the news since ZIA Zhangke was assigned as producer. The documentary doesn’t represent the grand narrative of the revolution but rather it follows the images of the revolution signified by the memories of the individuals and the family. El HADI’s family doesn’t know what happened to him in France, they only have fragments of information they received through the media. They don’t even seem to want to know more. Therefore, following El HADI’s memory is like digging up an unknown ‘story’ that has intruded into an ordinary family that no one has ever noticed. Just as Algeria is a strange place for the director, even though it’s his ancestors’ home, to his family living in Algeria, the story of the Algerian Revolution sounds familiar yet strange. El HADI and the director visit places that sit stage centre in El HADI’s memory: the place where the Algerian massacre occurred, the scene of an assassination, an escape route, the cafe in France where he was arrested and when it’s necessary, they re-enact scenes to illustrate his memories. This documentary is not just about the simple restoration of history, by asking El HADI to recall his emotional memories, the director comes to understand his subject more intensely. The film is about El HADI’s private memories and the grand history they reveal. At the the same time, the documentary charts the director’s journey himself to understand his roots better by learning from El HADI’s private memories. (BAE Ju-yeon)