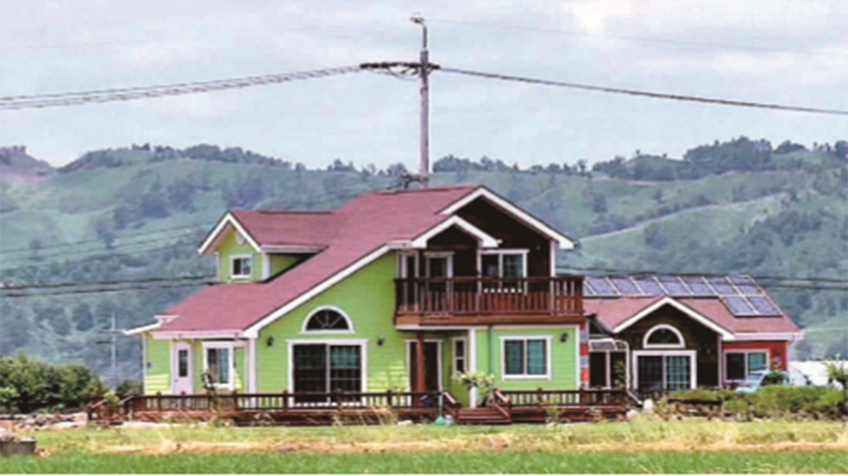 Dream House by the Border

Dream House by the Border is a film about crossing the borders and contemplating the borders. The film begins to raise questions about borders; such as the gate that divides the city and the outskirts of Paris, the Leman Lake between Switzerland and France, and the 38th parallel which divides North and South Korea. The director, who was born in Korea and now lives in Paris, thinks about North Korea where it was once her father’s home. She visits the villages in Cheorwon-gun near by the 38th parallel and meets the residents, and begins to record their stories and personal history. Thus, this film is also about the people who live on the border or beyond the borders. Chaptered by “A House That was Never Wanted”, “Life under the Control”, “The Return of a Wounded Man”, and more on, the film solely records the oral statements from the first and second generation residents. As a result, this film kind of becomes the oral history of the modern Korean society. Like a rite of passage, starting with showing a still picture of a resident standing in front of a house, the film enters and sits inside the house and listens to what they tell. Only images of military checkpoints, barbed - wire fences, and signs are telling this place is near by the parallel, the film literally documents individual’s story and life who undergone the tragic history of 60 years. Cumulated over the oral statements, the residents’ personal stories and history become collective memories and then finally meet the great memories of the modern Korean society and history. The stories of strangers and people living on the border, who have survived in the villages, continuously flow like a dream. (KIM Young-woo)