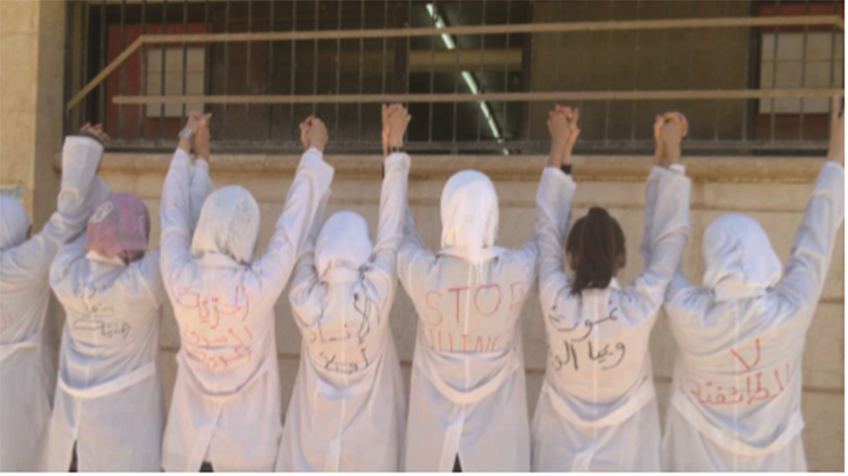 Will America attack Syria? On September, 2013, the whole world is paying attention to the choice of America. What stance will America take toward Syria? Thousands of people have been dead and the threat still exists. Jasmine Revolution, which began in Egypt, has stimulated the desire for “freedom”. Syria was not an exception. People asked for “freedom” and went out into the street. However, clubs appeared and they poured indiscriminate violence on people and then gunfire was all around. These scenes touch our scars and make us feel frustrated and humiliated. Still, somewhere on earth, this uncivilized act is going on in the present progressive form, even right now as this review is written. The film shows how Arab Spring, and the complicated political background of Syria and religious confrontations are presented in reality. It is rarely possible to say there is humanity. Over the complicated political background, murder and abuse keep occurring. Not just the active participants of the protest are dying or suffering. The women, the children and families, everyone is suffering. When elephants have a fight, the most painful victim is the grass they trample. During this turbulent period of Syria, thousands of grass has been stomped on, wounded, broken and even uprooted. The film doesn’t follow complicated political interests in Syria. Rather, it captures murdered civilians in order to make the audience study the conflict in Syria and to focus on the site of abuse and pain. At the end of the day, whether America plans to attack Syria or not, there are people in pain, and trampled grass. Syria is tangled in the complicated interests between America, Israel, Russia and China. Even so, can one nation’s destiny be directed by a result of empty talk? (KANG Yu-jung)