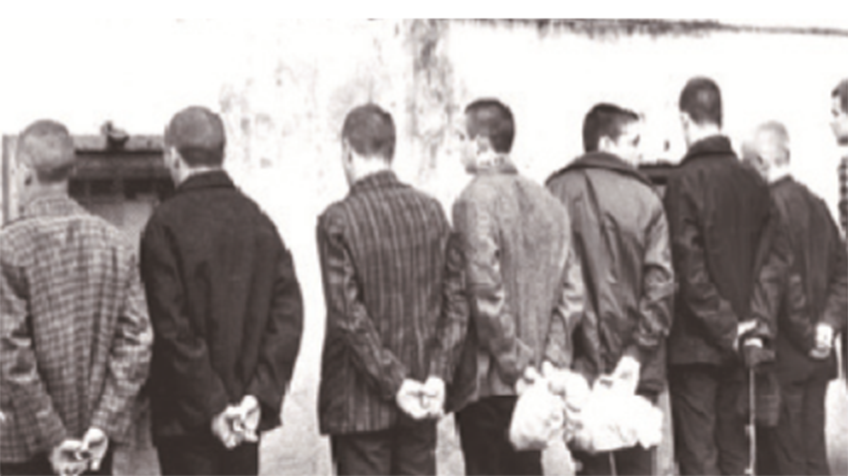 15 year old boy Misha is being sent to a juvenile detention center accused of simple theft. The camera enters the facility with Misha and captures boys who enter the juvenile center who receive vocational training, musical education and look forward to their parent’s visit. The boy playing with a shovel in the middle of labor resembles us of a six year old boy playing with dirt at a playground. The boys in this ‘restricted area’ are usually sent here on charge of simple theft, rampage in public space, extortion of motorcycles or were the cause of traffic accidents. Most of them are children from broken homes or children that weren’t loved by their parents. Generally, the society considers the separation and reformation of juvenile delinquents as the best way. A simple mistake that a tempestuous youth make leads to an incarceration in juvenile detention center which is an isolated place. However, even if we isolate them, cut their hair short, dress them in a certain uniform and give vocational training, it doesn’t mean that they will change to complete moral figures. Immature boys in between a child and an adult could be a member of anyone’s family. Do we really have the right to reform and edify them? If we try to find a solution, which would be the best way? The film makes us think about these questions. Through adding the subtitle “Restricted Area” occasionally, the film reminds the audiences that this place is a prison that is cut off from the outside. And through the close-up of various characters including Misha, it describes their complicated feelings and delivers the emotion of the film formed from those scenes. As he had commonly used in most of his works, the director tries to leave a strong impression to the audiences through Freeze Frame or photos when he wants to amplify specific emotions of characters. Also, he expresses free will of prisoners metaphorically by the white butterfly flying through the wire fence, and implies that there is no future in the correction education like this with the ending scene of the bird falling from the wire. “Even with thousands of years of studies on education and various methods for reformation, the society still has to face to violent boys. We don’t have any way, method, or even logic.” (Jinna LEE)