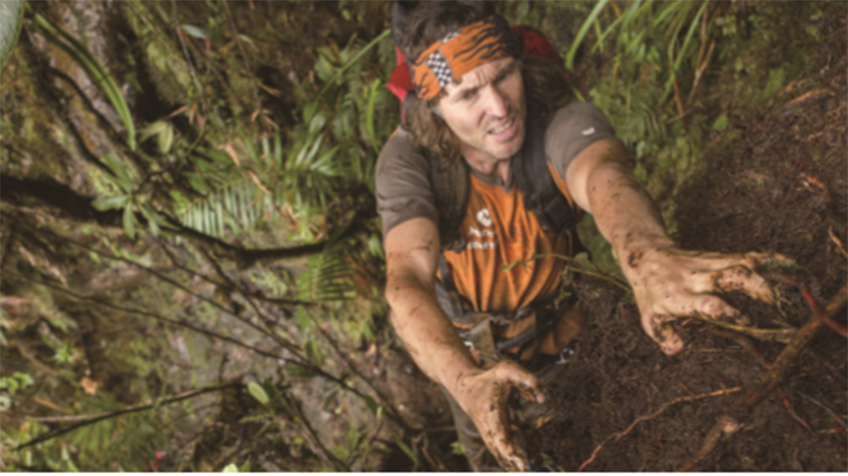 Roraima - Climbers of the Lost World

As he makes his way through the jungle to find the rock climbing spot at Mount Roraima, the protagonist indifferently says, “The closer you get to the mountain, the less you see it. It’s like a ghost.” The challenge has been repeated over many years. However, it seems that the more the challenge is repeated, it becomes more obscure instead of becoming clearer. If you expected to see the challenge climbers take on against rocky mountain climbing, their success, and passion in overcoming human limitations, this documentary might be a little disappointing. It is because Roraima – Climbers of the Lost World says a lot more about the fear and sacrifice one has to make to take on the challenge. Instead of recording the process and the success of the climbers’ challenge, this documentary employs a unique storytelling technique by crossing the past and present, moments of glory and despair. Also, instead of capturing the joyous moment of success, the camera takes in the climbers in their desolately quiet and tired state. Ultimately, this documentary is about life. The film is divided into three parts: the failed first climb, the second climb, and an incident that occurred between the two climbs. After the failed climb, Kurt, who was an avid rock climber for all of his life, dies in a climbing accident. In telling the story about his death, the documentary treats mountain climbing as a metaphor for life and uses it as a metonymy to retrace the meaning of life. Climbing mountains, they grew older and learned about life. They say that the fear they always have is part of life, just like their families who are left behind. And they do not call their failed first climb a failure. Calmly they remark that it was an experience, and maybe a defeat, but certainly not a failure. Therefore, there is no celebration and hubbub for their second attempt, and they do not record the whole process. They only capture themselves arduously and quietly climbing the cliffs of Mount Roraima, leaving behind the feeling of emptiness caused by the absence of their colleague. The film shows them climbing Mount Roraima in fear for the second time, and it powerfully draws in the viewers to hold their breaths and watch in silence. That is why this documentary is a search for the answers to the uncertainties in life instead of a record of an attempt to challenge the limits of human beings. (LEE Hyun-jin)