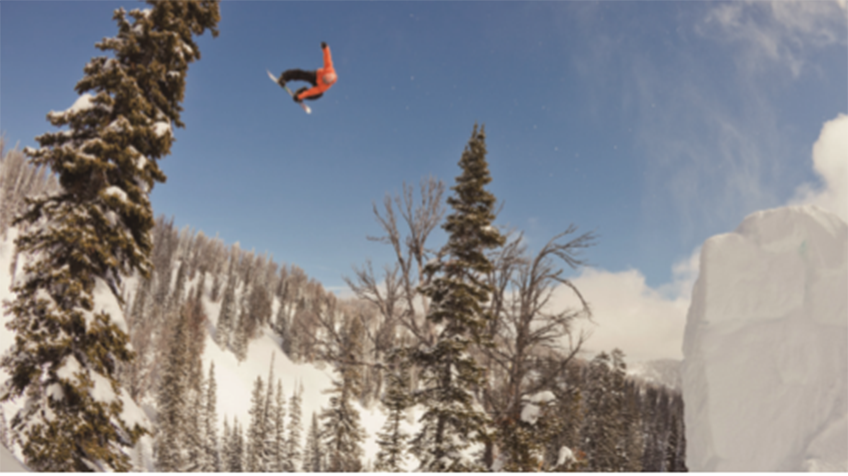 The Art of Flight

There’s a set of lyrics that go like this, “If growing up means growing tame with the world, I would never grow up”. Watching The Art of Flight makes me have such a philosophical thought, that the process of growing up and passion, barely stand together. The Art of Flight is not a serious or heavy documentary that brings such philosophical thinking at all. This extreme snowboarding documentary contains great scenery and acrobatic, risky challenges and these are enough to enjoy the film with awe and astonishment. However, The Art of Flight takes a slightly different path from other documentaries that focus on challenges. The combination of the main characters’ excessive energy which, appears out of tragedy beautifies the challenges created and the characters’ child-like daily lives. This, often mixed with serious thought, gives an original fun twist for the audience. When we watch these challenge-lovers who become resolutely serious when they face these challenges whilst wholeheartedly enjoying the experience, we think that their heads might be filled with pure passion just like the permanent snow they ride on. Maybe the director has intentionally puts the boarders’ behaviors in the story without filters between clichéd shots that capture little humans riding the in the vast and overwhelming natural world. This means The Art of Flight doesn’t only represent the extreme snowboarding challenges but also the unique snowboarder characters. Therefore, at some point while the audience follows the boarders’ endless travels around the world finding new challenges, the audience starts to wonder about their lives in the film. A boarder’s challenge may seem unneeded and crazy in the eyes of the common person. But their antics are on a grand scale that’s overwhelming to observers. The boarders’ pure energy through the enjoyment of extreme sports, are delivered intact to the audience and this can be interpreted as passion. If I can give a subtitle to the film, it would be “Wanna go crazy? Be like them!” just like an aphorism from the Confucian Discourse “No one can meet the one who enjoys.” (LEE Hyun-jin)