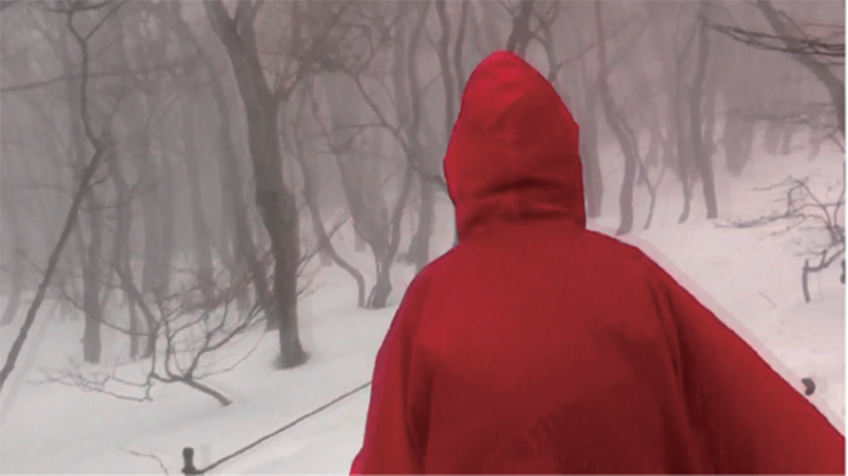 This lm follows a woman called ‘Dolphin’ who continues to ght in court. She is a 20-year-old woman who claims to have been constantly raped by her father since she was young. There is no evidence to prove that she is a victim and no one believes her; even her family, too. The director films her lonely fight whilst trying not to be in between her and the defendant. Instead, he shows a strong emotional bond with Dolphin without any prejudice. The director is not an observer but a character that has fought for her with his eyes and voice from the beginning of the movie. He would rather ask back that the society has already become men-oriented and unfair, that it is not worth discussing the lmmaker’s view. He asks back why her life and tears can’t be the evidence. Dolphin hopes that someone would believe in what she says and understand her, but the brainwashed society keeps suppressing her. No one tries to protect her; not even her sister and her mom, who Dolphin always thought would be on her side no whatever what. The audience is faced with the merciless reality that families no longer protect individuals who are under pressure. The director is making emotional appeals for people to judge correctly in reality, where there is lack of common sense. Under his appeals, the character of Dolphin is being worked very effectively. Dolphin is a very bright and brave woman who has lived in her no-mercy home for over 20 years. It is sad to see how warm hearted she is. Instead of being extremely delighted when her father is sentenced as she wants, she bursts into tears from the worries of her mother who had turned her back on her daughter. It’s hard to forget the scene where Dolphin, with the burden she had on her shoulders, look very happy like a child sitting and eating snacks at a cafe as any ordinary young college students do. Is the society really impossible to provide a ‘home’ for her? The sound of her footsteps climbing up Mt. Halla covered in snow seems like a suffocating future for so many other ‘Dolphins’ to climb. (SEOL Suan)