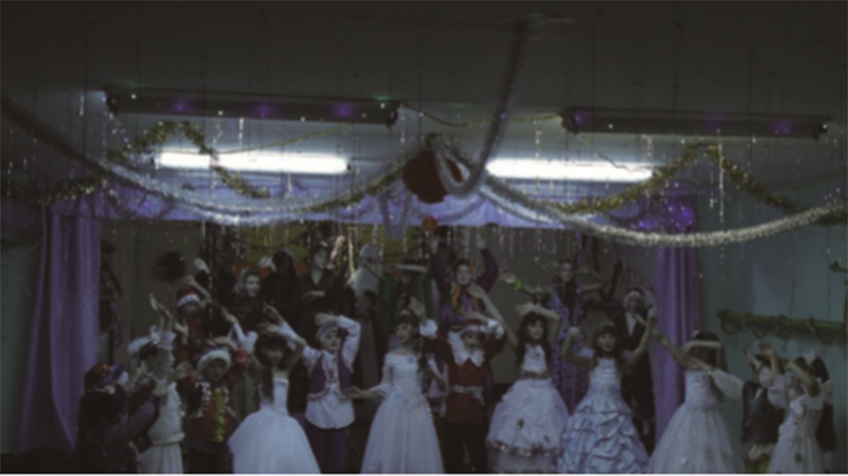 A person on the train explains that citizens of this country needs different passports to travel to other countries, because the country has not received international recognition despite the fact that they have a state system. Two documentary directors pay a visit to the Pridnestrovian Moldavian Republic, an internationally unrecognized nation, born as a result of the Moldovian civil war in 1992, which broke out over ethnic and resource problems after the collapse of the Soviet Union. The title Fortress itself signifies the focus of their message, but the makers of this film hide behind the camera to show the images of this country. In the film, people express their political opinions and views on their lives in the run-up to the presidential election in December 2011. Some express their support for President Igor SMIRNOV, who has been in power for 20 years, while the dissidents criticize his dictatorship. People, such as a young man who is distracted from watching the news when he plays a video game, or a woman who expresses her pain, barely making ends meet because of her low wages, raise their voices in the film. The images of people differ as much as their opinions. Those who actively advocate loyalty to the nation and the government look directly into the camera and talk, while those who are skeptical or critical about the government speak in low voices outside of the screen. They lead difficult lives, unable to look straight into the camera, scared to even show their lips moving. Images shown on the screen without narration compel the audience to investigate deeper into the affairs of this country. The statue of Lenin that the camera glosses over, people’s reactions to the often-seen topic of news reports on the television, and shots of soldiers standing behind the dancing people all together show the condensed 20 year history of this country. The audience has to actively make sense of the footage in this film to understand this country in Fortress. Although it is a story of a strange nation, it is not a strange story in itself thus making it even more gripping. The state of armistice, the political scene that sets this situation, and the existence of the nation as a “fortress” in the shadow of a powerful nation are quite similar to the ups and downs Korea has faced in our own modern history. (MOK Hae-jung)