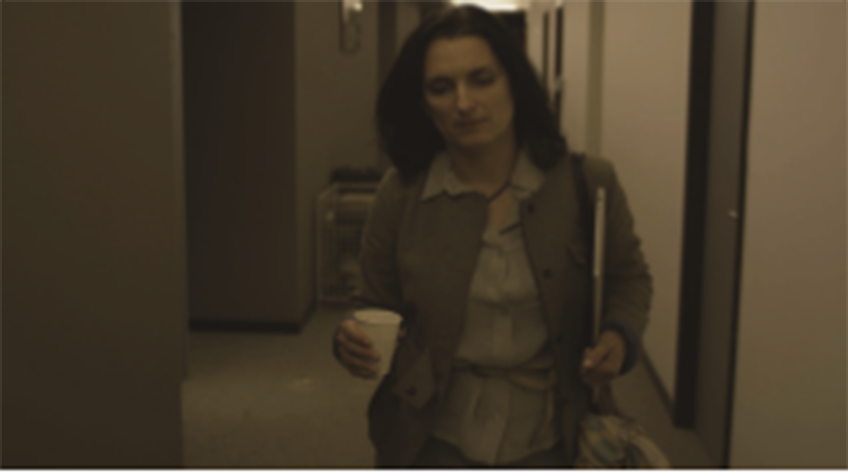 Is it possible to perfectly understand and communicate with different ethnic groups, languages, cultures, generations, classes, etc.? Is there any way of telling the differences thoroughly? The film gives the questions with a translator for the European Parliament who practices due to a documentary about Japanese subcultures. At first, she translates Japanese in the film to English mechanically, but gradually pays attention to the appearances, slang, and interviews of girls at Harajuku. Getting out of the translation booth, the camera catches the vacant conference hall only full of microphones and earphones and various national flags. By this way, there exist both the fiction with the translator’s story and the actual documentary about teens in Japan and their subcultures in Cherry Blossoms, all of which were made by the director herself. She asks about understanding, translation, and communication with a very symbolic place of the European Parliament, where various languages and discourses about culture, politics, economics, and society come and go, and are translated into other ones. (MO Eun-young)