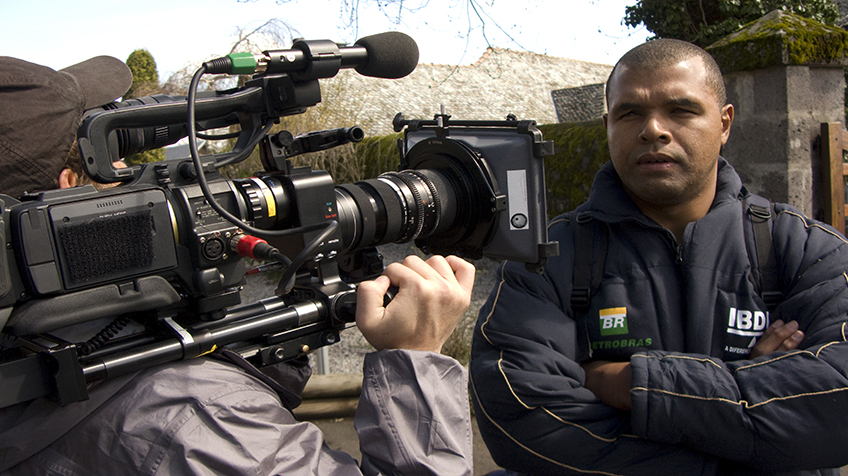 Antonio Tenorio is a B1: he’s totally blind, and he carries on his judo kimono the red circle that proves it. The documentary follows this professional judo player , one of the few in the world who competes in both the Paralympic and regular championships, as he prepares to compete for a fourth Paralympic gold medal in Beijing.FilmedinBrazil,FranceandChina, narrates an international journey from the point of view of a blind judoka, discovering the man behind the high‐performance athlete and cinematographically investigating his sensibilities.