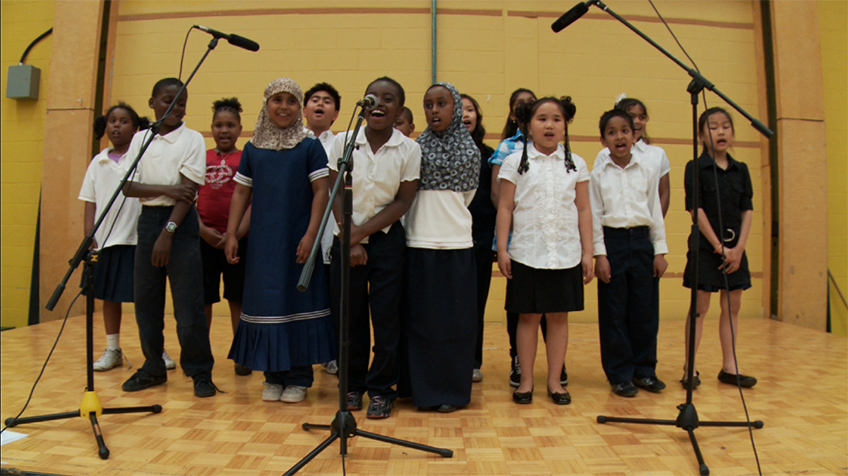 is a documentary about the first year of an inner-city songwriting workshop for kids in Toronto’s Jane-Finch community. The film focuses on the musicians who teach the program and three of the students who take part. is an intimate window into the lives of these children, the community they live in and the role music plays as a creative outlet for them. An inspiring documentary about what it means to be heard.