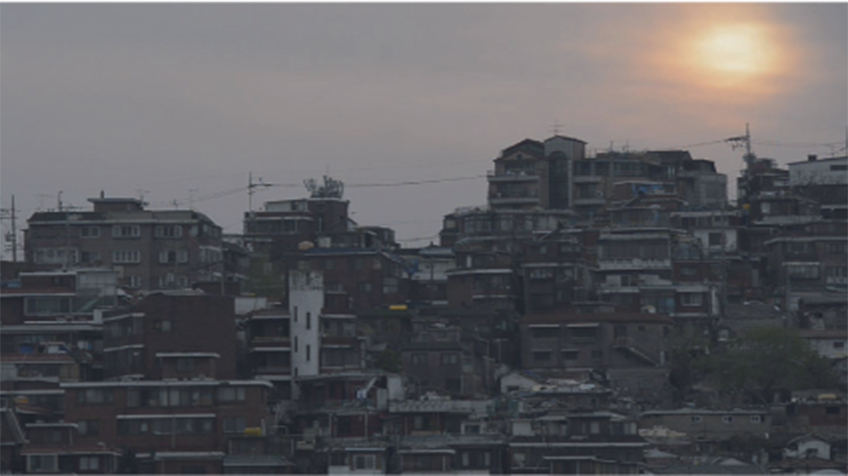 A documentary about the full time and permanent employees of a large conglomerate, when becoming a ‘regular worker’ has become everyone’s aim in life. Considering the outpouring of films dealing with the survival of irregular workers, I was a bit worried watching this film. However, I found their reality as regular workers even more desperate than I had imagined. This film is about the permanent employees of KT in their 50s, a company that was established as Korean Telecommunication Authority in 1981 before being privatized in 2002, after which it appeared more in the society and political sections of newspapers than in their economic section for their controversial employee policies. The stress that these employees experience from employment instability and pressure of layoff is unimaginable. And at the top of this “hit list” are employees who criticize these policies or engage in union activities. As punishment, they get transferred to remote branches that take 5 to 6 hours to commute or forced to repair telephone cables. In the case of one female office worker in her 50s, she had to climb up a telephone pole to fix the cables. All this is part of KT’s “Kick Out Program” done under the pretext of disciplinary action but really dismissal. By 2003, through this “Abuse and Dismissal Program” (expression of Democratic Party lawmaker EUN Sumi), KT had made 5,500 workers redundant and, by 2009, that had included another 5,990, making it notorious for having the largest layoff rate among all Korean companies. Not only that, with the death of 270 workers from suicide, sudden collapse, and overwork, KT became even known as the “Company of Death.” The workers who star in this film are people who refuse to “live to work” ― that is, erase all their thoughts and feelings in order to live as “KT men.” Instead, they are people who choose to “work in order to live.” In far away places cut off from their families and ignored by their colleagues, they try to adapt to rural life by engaging in new hobbies or starting a new union but it is not easy to withstand the continuous threat of layoff. And yet, they continue to take a firm stand remembering their past deeds that give them the pride and the will to continue living and resisting. (Billy CHOI)