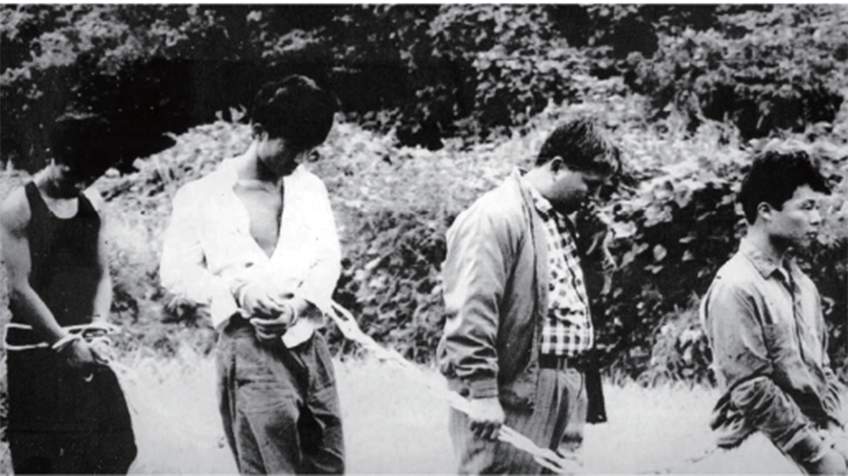 This lm begins by mentioning a hideous crime case in 1994, recognized as Korea’s rst serial murder. Five gang members killed random innocent citizens and were eventually sentenced to death, sending a huge shock wave through society. The Media including television discussion programs were busy criticizing the horrendous crime and created a mind set that the state authority must be strengthened. It led to a social movement designed to recover humanity and morality. Around the same time, hundreds of citizens were killed in the collapse of a bridge and a large department store. The gang members were executed, but those responsible for the collapse of the department store had relatively lighter punishment. At this point, the lm asks several questions. What is murder? Is murder limited only to criminal murder through direct action? Who should bear responsibility for murder by poor management of state authority and the logic of capitalism seeking greater interest? Why are the killers the only ones sentenced to death? This movie asks which of the two murder cases, with their different aspects, should bear greater responsibility. Interviewing the detective who investigated the serial murder case and the prison guards and religious people who met the killers, the lm gradually steps towards the true nature of the case. In addition, it repeatedly asks if capital punishment was the right judgment. The interviewer (director) actively intervenes during the interviews, to make logical relevance between many separate events, and create tense scenes by editing a wide array of reference images. The title Non Fiction Diary does not say much, but gravely shows that a string of events that took place in the 1990s are no less than “facts” that still affect us. Which should we not forget, the gangsters’ serial murder or the murders done by the state power and capitalism? (CHO Young-kag)