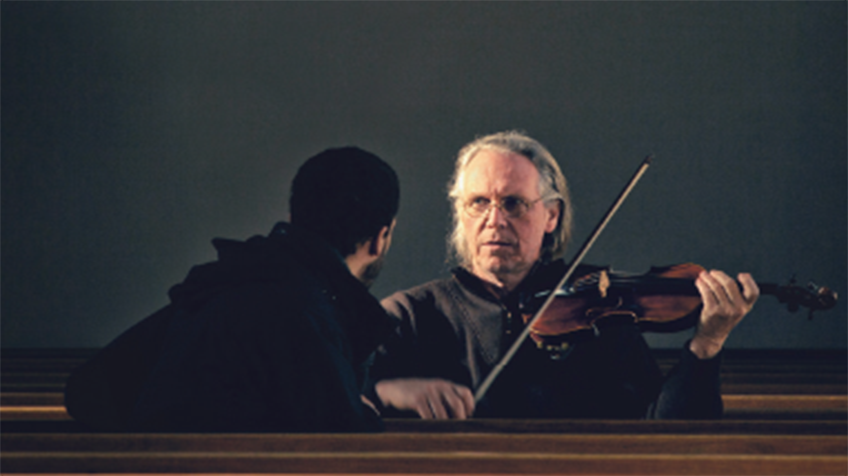 Karma Shadub, the title of this film, is also the title of a composition made 30 years ago by the director’s father in celebration of his son’s birth. Preparing for the performance of the song, the father asks his filmmaker son to capture the moments of his performance. In turn, the filmmaking process becomes a process in which father and son learn the origins of certain discomforts and a sense of distance in their lives. They then face issues they have never openly discussed, and so begins the journey to healing. On the night before the performance while filming the preparation of his father’s performance, the son asks his father a question that he has pondered for a long time but had never uttered. It’s a question that leads to a long overnight conversation between father and son. Karma Shadub alternates between the process of recording a father’s performance preparation and long father-son conversations. Cross-cut editing presents the world-famous musician (public image) and the filmmaker’s father as an individual (private image), as mirror images reflecting each other, and in the process the filmmaker gradually comes to understand the essence of his complicated feelings toward his father. The son’s tangled feelings toward his musician father are dualistic: on one hand the artistic respect and a sense of inferiority to his musically talented father and on the other hand, his personal sense of betrayal and longing caused by his parent’s abrupt divorce. In other words, his emotions are ambivalent feelings and therefore complex. Through the long conversation that begins with the son’s somewhat accusing question (“Dad, why have we lived like strangers towards each other?”), the son grows one step closer in both personal and artistic journey. What is important is that the conversation starts only when the camera intervenes and it’s then that the process of healing and growth becomes undistinguishable from the filmmaking process. (BYUN Sung-chan)