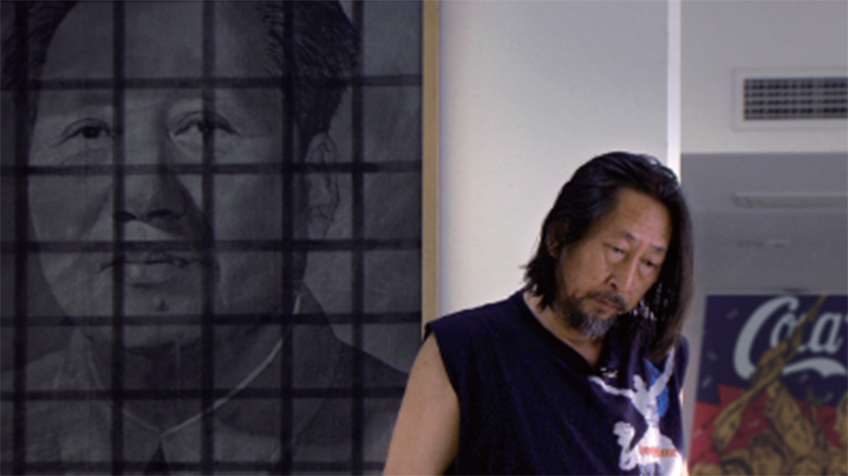 This documentary consisting of three chapters follows the lives and perspectives of two artists who go through identity crises as artists. One of them is Wang GUANGYI. Known for being a pioneer of China’s pop art, Wang GUANGYI is a Chinese contemporary artist who is considered to be ‘the Andy WARHOL of China’. He represents the older generation of Chinese artists who experienced both the madness of the Cultural Revolution under the control of the socialist system and the chaos that followed the introduction of capitalism. He reflects upon his identity as an artist and the identity of contemporary Chinese art through fierce discussions, non-stop monologues, and travels. On the other hand, the young photographer Liu GANG, who has just begun his artistic career, represents China’s younger generation that has grown up as ‘little emperors’ as a result of the strict ‘One Child Policy’ designed to control the population since the late 1970s. Although he feels confused about his identity as an artist amidst the waves of capitalism from the West, he is determined to pursue his own path as a Chinese artist. However, his life as an artist is burdened by the sense of responsibility that he, as an only child, feels towards his parents and family half-reluctantly. Moreover, there are many who are concerned with the strong social messages of his subject matter. The film begins with the title of Liu GANG’s exhibition, “Paper Dreams”, and then moves on to the title of Wang GUANGYI’s art series, “Great Criticism”. The private lives and deep concerns of the two artists are thus juxtaposed. The final chapter, “Marriage”, shows that Wang GUANGYI has found answers to his own questions. Wang GUANGYI choose to believe in “Other Shore” and that “In the end, last thing that will support me is Eastern Metaphysics.” Liu GANG, on the other hand, has given up the life of an artist after much deliberation and opts for marriage and a stable job. In his remarkable debut work, Finnish director Mika MATTILA reveals aspects of China’s current identity crisis, through the juxtaposition of the lives and artistic worlds of the two artists from different generations, using stable and captivating images. However, he does not seem to grasp that the identity issues the two Chinese artists go through are concerns commonly shared by their contemporaries in many other Asian countries under the influence of capitalism. Although Wang GUANGYI’s Chine-centric mind and view of art could be disputable, the critical mind of this fascinating documentary poses many serious questions for those of us under competitive pressure of capitalism. (JO Ji-hoon)