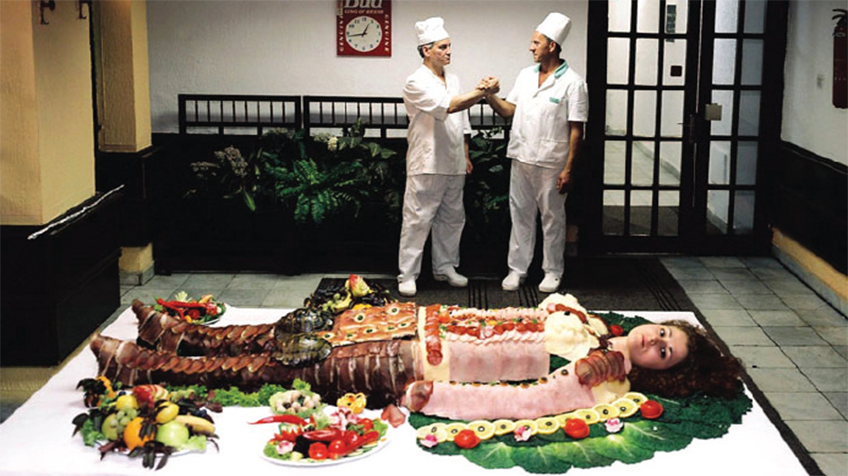 A portrait of different military cooks from all over Europe who served in various armies and had witnessed the European wars of the 20th century. Their recollections tap into a subjective view of historical events and one that diverges in some respects from conventional history. They take us behind the scenes of dates, facts, declarations of war, battles, and peace agreements. Cooking History shows the little secrets of these people, opens up a dimension of history one won’t find in textbooks or archives. The directness of the anecdotes and destinies of the people in this film conveys a sense of life and death in the “war apparatus,” a sense of hope, longing, and survival strategies in the midst of destruction and despair. About the film adds the Director: The main characters in Cooking History are army cooks. Simple men in aprons put on the uniform with their task to look after filling the giant stomach of a big hungry child - the army. At first sight, their role is less important than that of the tank crews, aircraft unions or landing divisions. However, when a proper filling and emptying of the stomach is secured, it can also provide a fluent occupying and leaving of the army positions. Thus, army cooks can affect the mood and actions of the soldiers and influence the history through their spoons. However, cooking and fighting have a lot in common: strategizing, judging the correct proportion of ingredients, flavouring. Food preparation becomes a metaphor for the battle.