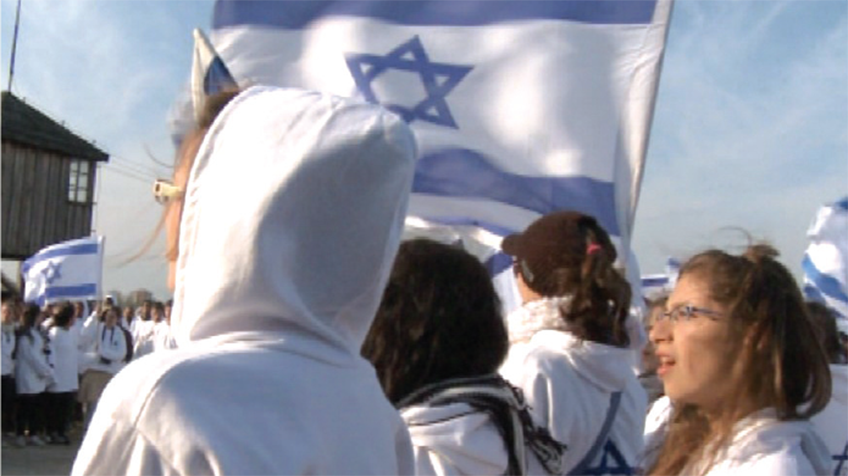 What is anti-Semitism today, two generations after the Holocaust? In his continuing exploration of modern Israeli life, director Yoav Shamir travels the world in search of the most modern manifestations of the “oldest hatred.” In this irreverent quest, he follows several groups of people who have different points of view on this issue: he meets American Jewish leaders who warn European government officials of the growing threat of anti-Semitism, and then goes on to see controversial historian who offers his unpopular views that anti-Semitism is being used by the Jewish community.

He also joins scholars about the un-proportional influence the Israel lobby in Washington enjoys. After visiting Yad Vashem, the Holocaust memorial museum in Jerusalem, he drops by the house of his grandmother who offers her insight on the issue and declares that she is the “real Jew”. The film questions our perceptions and terminology when an event proclaimed by some as anti-Semitic is described by others as legitimate criticism of Israel’s government policies. The film walks along the boundary between anti-Zionism, rejecting the notion of a Jewish State, and anti-Semitism, rejecting Jews. Is the former being used to excuse the latter? And is there a difference between today’s anti-Semitism and plain old racism that is affecting all minorities? Opinions often differ and tempers flare, but one thing is certain - only by understanding their response to anti-Semitism can we really appreciate how Jews today, and especially modern Israelis, respond to the world around them.​