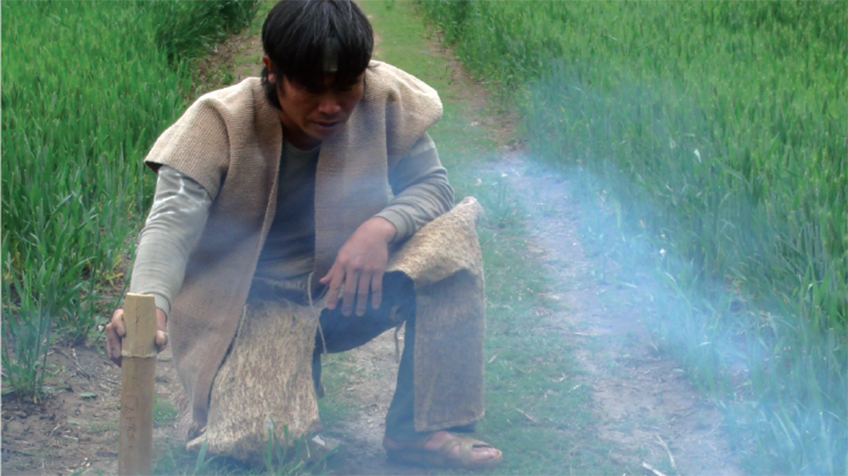 How Long Is the Road

Twenty years ago, director Tang, Shiang-Chu read Ren-Jian magazine and realized that there were many Taiwanese veterans who suffered the same fate as his father; they were taken by a war from their homes and had not been given a chance to come back until the cross-strait opened up forty years later. In a search for remaining soldiers, he goes to Taitung, where Dulan tribe resides, and meets Amis youth, Siki Sufin. He finds that there were a group of youngsters who were taken far away to China to fight in a war with no purpose when KMT took over Taiwan. Siki petitions the elders to erect a sculpture at the cost of Dulan to remember those who were sacrificed on the battlefield, and the director begins his search from Dulan with Siki interviewing Taiwanese veterans focused on the Amis aborigines. Director and Siki travel through China paying visits to important strategic locations during the war and arrive finally at Chenguanzhuang in Henan Province; this is where Huaihai Campaign, one of the three main battle grounds, took place; this is also where 70th corp, which consisted the most Taiwanese soldiers, were annihilated. Siki consoles those who were killed on the battlefields, singing the “Song of the elders of the Dulan tribe.” The song resonates sorrowfully echoing back to Dulan, Taitung, where the wooden sculpture to remember the Taiwanese veterans is completed.