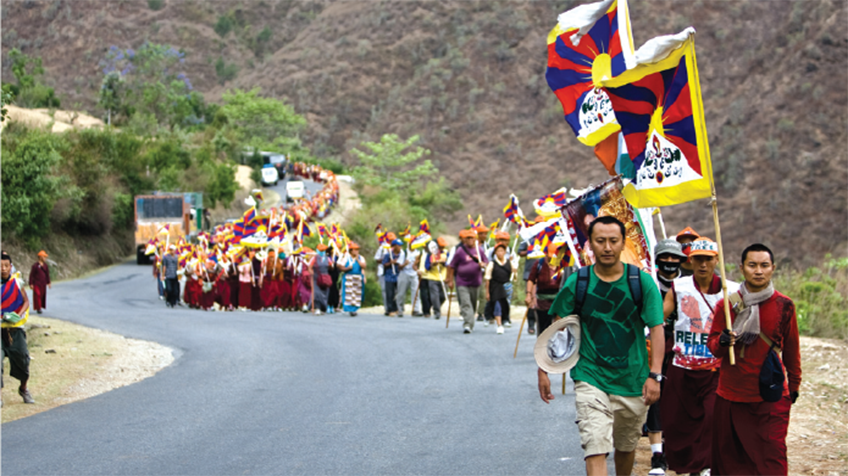 The Sun behind the Clouds

Fifty years have passed since the takeover of Tibet by China. The Dalai Lama, Tibet’s spiritual and temporal leader, has lived in exile for most of his life, trying to find a peaceful solution to the Tibet issue by giving up the goal of independence and reaching a compromise with China. But his efforts have failed to yield any positive outcome, and his people are becoming more frustrated. March 2008, the year of Beijing Olympics. Tibet erupts as the biggest uprising since China took control in 1959, spreads across the country. The Tibetan people, for one brief moment, demonstrate to the world their unhappiness under Chinese rule and their desire for freedom. But China cracks down hard on the protests. This is a year of dramatic possibilities for Tibet. Will the world stand firm in its support of Tibet even as China prepares for its biggest coming-out party? Can the Dalai Lama finally achieve a breakthrough in his efforts to find a solution to his country and to his own people? Can his strategy of non-violence and compromise based on his Buddhist beliefs finally find success? Set against this backdrop, the film explores the interplay between the personal and the historic, spirituality and politics, and the tension between the Dalai Lama's efforts to find a peaceful solution to the Tibet situation based on compromise and dialogue, and the impatience of a younger generation of Tibetans who are ready to take a more confrontational course.