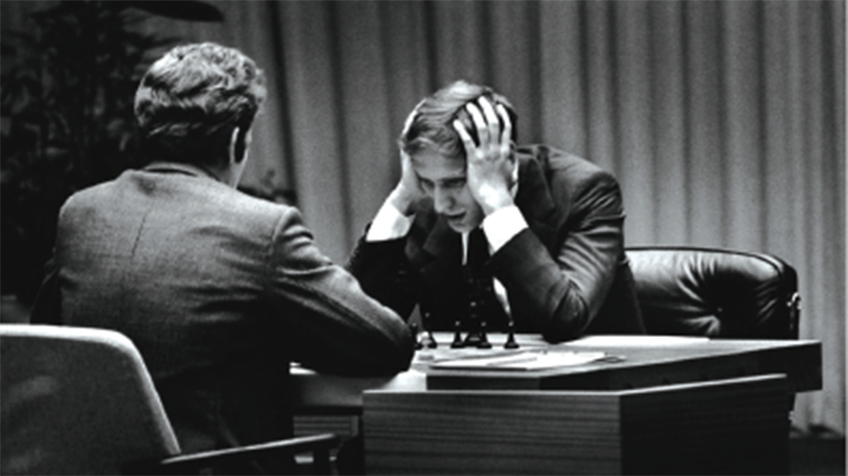 Bobby Fischer Against the World

In 1972, America was chess-obsessed. The Soviet Union had used chess to demonstrate its intellectual superiority to the West, and here came a young, lone American, demolishing the Russian masters of the sport. At the height of his career, Bobby FISCHER was better known than any other man in the world besides Jesus Christ. Relentless press attention, political pressure, and a monomaniacal focus on chess ultimately led to his undoing. Filmmaker Liz GARBUS uses the narrative tension of the 1972 match between Bobby and the defending World Champion, the Russian Boris SPASSKY, to explore not only the politically charged period of the early 1970s but also the nature of genius, madness, and the game of chess itself.