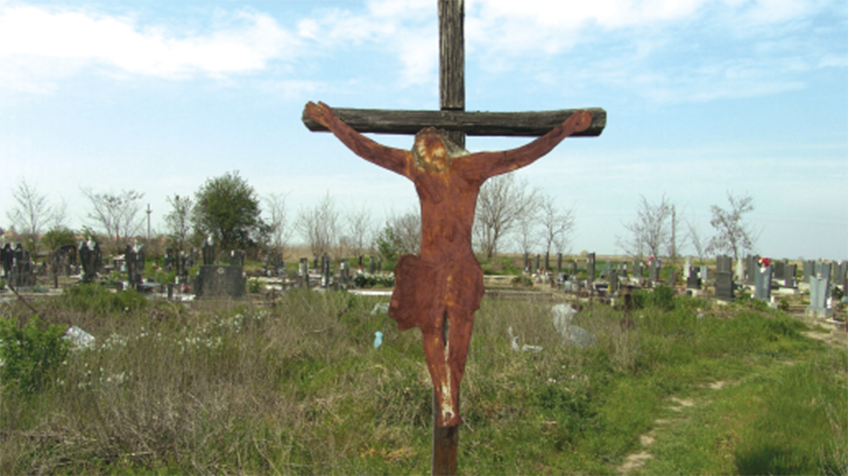 Goodbye, How Are you?

A satirical documentary fairy tale about a “hero of our time” who would die for what he believes in, but doesn’t believe in anything anymore. An original cinematographic style, metaphorically illustrated by exclusive satirical documentary images and an underground literary style that gives us back what we need the most in this self-destructing world: a new vision, intellectual satisfaction, a fake sense of hope and a big smile. The narrator’s last remaining motivation is to choose how he will die. He thus challenges various archetype antagonists of today’s society to a series of absurd duels, but realizes ad hoc that all his potential opponents (the humanitarian businessman, the honest politician, the redempted war criminal, the hypocritical moralist, the passionate nihilist, the corrupted doctor, the ruthless believer, the romantic lover, etc.) have already been ridiculed by the satirical comments of his friend. His self-destructive urge keeps growing, until the final confrontation with the only worthy opponent – the enemy within. The narration, discretely showcasing a best of selection of the last 40 years of world class Serbian satirical aphorisms, is underlined and counterbalanced by paradoxical real life footage shot or collected on a 50,000 km, 3-year road trip along Balkan backroads, creating a viewing experience that is both surprising, entertaining and intellectually engaging, combining plot references of Zelig, Apocalypse Now, Leaving Las Vegas, Fight Club, In Praise of Folly, Cyrano de Bergerac, Don Quixote, Notes from the Underground, A Hero of our Time and most importantly – of our own lives.