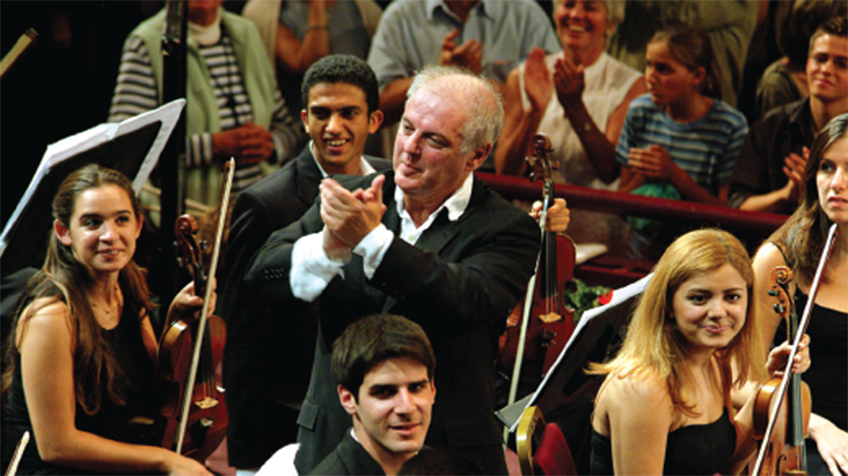 Knowledge Is the Beginning

In the early 1990s, a chance meeting between Mr. Barenboim and the late Palestinianborn writer and Columbia University professor Edward Said in a London hotel lobby led to an intensive friendship that has had both political and musical repercussions. These two men, who should have been poles apart politically, discovered that they had similar visions of Israeli and Palestinian future cooperation. They decided to continue their dialogue and to collaborate on musical events to further their shared vision of peaceful co-existence in the Middle East. This led to Mr. Barenboim’s first concert on the West Bank, a piano recital at the Palestinian Birzeit University in February 1999, and to the establishment of a workshop called the West-Eastern Divan Workshop. The idea of this Workshop was to bring talented young musicians from Middle East and make music on neutral ground. Weimar was chosen as the site for the workshop because of its rich cultural tradition. There were some tense moments among the young players at first but, coached by the world renowned musicians, they worked and played in increasing harmony. The West-Eastern Divan Workshop, after being held in Weimar in Chicago for two years, found a permanent home in Seville, Spain, where it has been based since 2002. Edward Said passed away in 2003 but his partnership with Daniel Barenboim lives on through the West-Eastern Divan Workshop and Orchestra and through the Barenboim-Said Foundation, which promotes music and co-operation through projects targeted at young Arabs and Israelis.