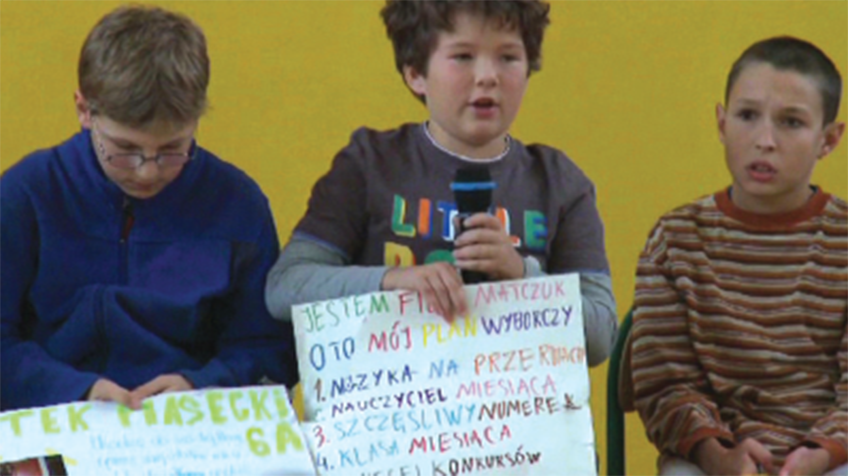 Leaders is a children’s political thriller. Students of a primary school are candidates for the students’ council. Their battle for the leadership triggers off great emotions. That election campaign shows, like in a distorting mirror, the world of a big politics. What kind of a democratic pattern do those children know? What the public life would be in several next years when the youngest generation came to power? We observe the campaign of our four main characters. They differ in everything: the social status, the style of the fight, the motivation. Marcel, Kais, Helena and Filip have one common aim: power and a high place in the school hierarchy. At the beginning, it seems a children’s play, but it quickly changes into a serious social game. Winning the election is a matter of honor and approval. For some of them it means “to be or not to be” in the society. The children try very hard to be adults. You may treat their actions, slogans and speeches as a grotesque. But the results of the election don’t evoke laughter. When children play real politics and the election is coming, the whole school fires with emotions. It seems that we observe the politics of adults in a grotesque and distorting mirror. A difference is that children say what they really think.