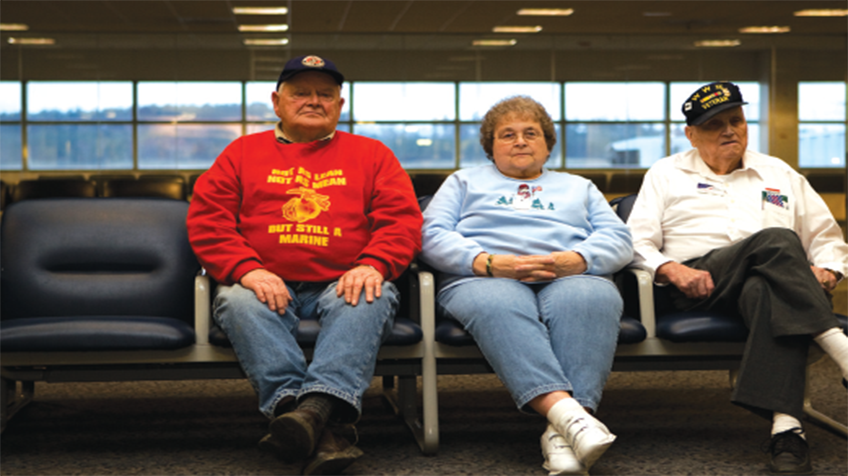 The Way We Get By

The award winning The Way We Get By is a deeply moving film about life and how to live it. Beginning as a seemingly idiosyncratic story about troop greeters - a group of senior citizens who gather daily at a small airport to thank American soldiers departing and returning from Iraq, the film quickly turns into a moving, unsettling and compassionate story about aging, loneliness, war and mortality. When its three subjects aren’t at the airport, they wrestle with their own problems: failing health, depression, mounting debt. Joan, a grandmother of eight, has a deep connection to the soldiers she meets. The sanguine Jerry keeps his spirits up even as his personal problems mount. And the veteran Bill, who clearly has trouble taking care of himself, finds himself contemplating his own death. Seeking out the telling detail rather than offering sweeping generalizations, the film carefully builds stories of heartbreak and redemption, reminding us how our culture casts our elders, and too often our soldiers, aside. More important, regardless of your politics, The Way We Get By celebrates three unsung heroes who share their love with strangers who need and deserve it.