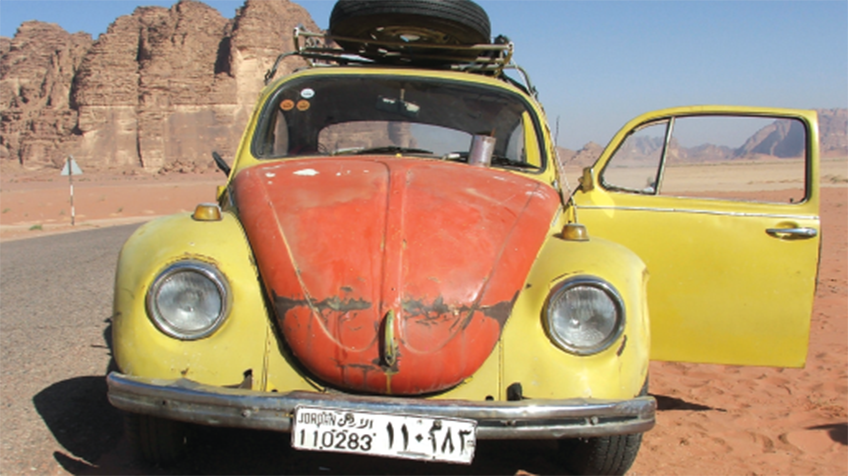 Yishai Orian, the director of the movie bought an old Volkswagen beetle, the cheapest one he could find, with all his savings when he was a student in Jerusalem.

Back then, he did not know if this small car would be at the center of disagreements between his wife and him – and the subject of his first feature film. It did not take long for him to discover that the car was not just any old car. People do not remain indifferent when they see him drive by in a Beetle, which made him wonder about the past of the car: who drove it? Who sat in the back seat before it was mine? While he becomes more attached to his beetle, the mechanic says that the car will not last long. His pregnant wife also complains that the car is not suitable for a baby.

Attempting to keep his beloved car, Yishai goes on a journey that begins with previous owners of the beetle, continues to Jordan to renovate the old car, and ends with the birth of his first child. The director recalls that when his son was born, his process of maturation, which underwent during the two years of filmmaking, reached its peak: he realized that the fears and the attempts to try and avoid responsibility were foolish. In this film, the exciting, funny, sad, and intimate memories of the beetle’s previous owners blend with the director’s personal story.​