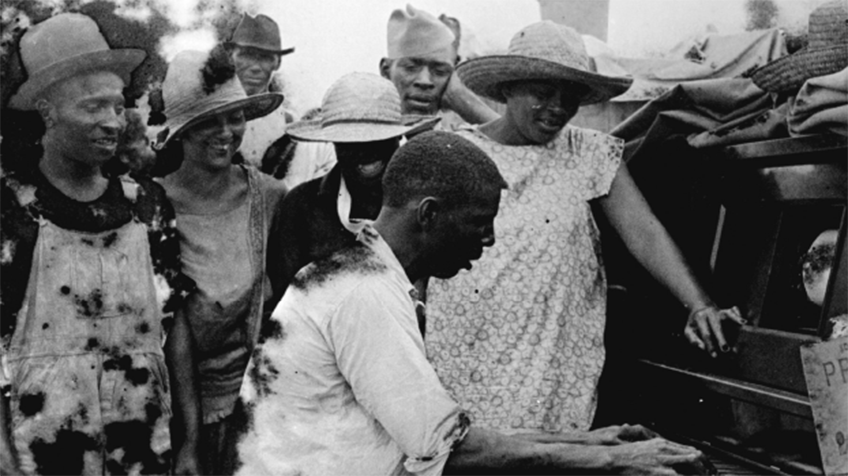 Bill Morrison has expanded the techniques and styles of found footage filmmaking over the past two decades. By turning degraded film stock culled from film archives into lyrical plays of its material substrates both manually and chemically, his work has introduced to found footage filmmaking the aesthetics of disappearance and decay, both in the sense of the growing death of film and in the sense of the erasure of the subjects preserved in it. In his new feature-length film, -->The Great Flood, Morrison turns his attention to the forgotten flood that devastated interwar America, a floor that was originally called the Mississippi River Floor but later given the current name due to its pandemic impacts, including the submerged -->16.5 million acres across seven states, hundreds of the dead, and about 600,000 refugees dislocated from their home. Compiling and reediting footage from the Fox Movietone Newsfilm Library at the University of South Carolina and the National Archives, Morrison responds to the double erosion of the past, a loss of the disaster and that of the public memory of it. This response is Morrison’s deep-seated devotion evident in his previous films, including -->Decasia (2002), a film marked by the dynamic transformation of forgotten films into dying objects subject to the passage of time, and -->The Miner’s Hymn (2011), a film that signals his venture into brining his lyrical treatment of celluloid in decay to the documentary’s engagement with history and public memory by retrieving footage of coalminers in the north of England. While the drama of deteriorating celluloid becomes more modest, Morrison’s extreme slow motion of the original footage in -->The Great Flood still offer the viewer redemptive glimmer in the people who strived to restore their life destroyed by the flood. In doing so, it adds up to a kind of Benjaminian “dialectical montage” as it creates a compelling encounter between the past disaster thrown into amnesia and the contemporary catastrophe exemplified by Hurricane Katrina. (KIM Jihoon)