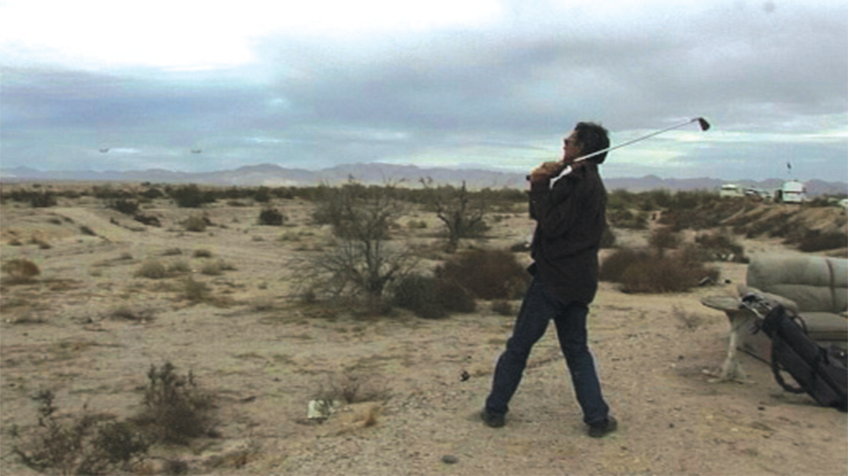 About 200 miles southeast of Los Angeles and 20 feet below sea level, a commune of outcasts lives in the middle of the desert. They’re not some hippie colony, just a group of people who have turned their backs on society and want to be left alone. On this bare, arid plain, we see a mobile home here and there, a car or an impromptu house. The people who live here answer to imaginative names like Bulletproof, Insane Wayne and Bus Kenny. They kill time by messing around, doing odd jobs, talking and living. For some of them, this desolate place with no electricity or running water is a temporary address, while for others it’s a permanent vacation. A Vietnam veteran who now goes by the name of Cindy opened a hair salon here. Lili is a new arrival who lost custody of her only son and now does acupuncture. Mike Bright grieves over his dead daughter and fills his days writing songs. Everyone has his or her own reason for being here, and especially a reason not to be somewhere else. Documentary filmmaker Gianfranco Rosi follows the inhabitants at a suitable distance, and doesn’t provide any text or explanation but lets the images and the people speak for themselves. Below Sea Level also includes an impressive starring role for the spectacular desert sky.