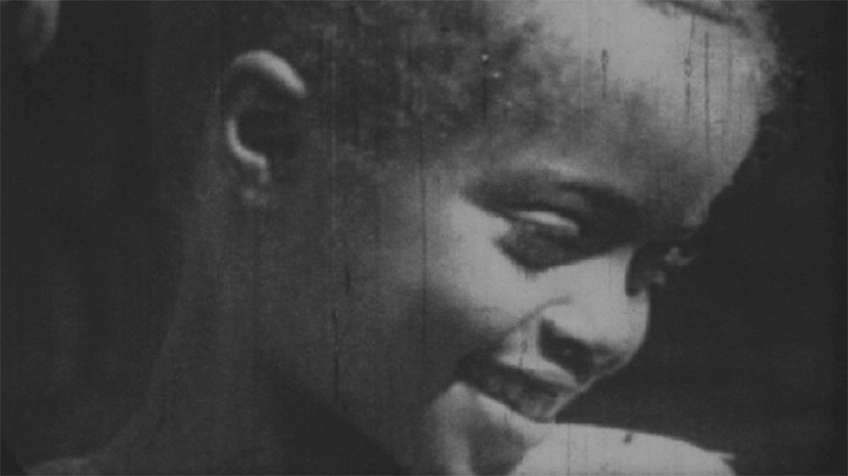 Pioneers of found footage films, Yervant Gianikian and Angela Ricci Lucchi have excavated discarded film reels from public or private archives, shedding new light on images of Italian war and colonialism in the first half of the twentieth century. The duo’s new major work, Pays barbare [Barbaric Land], offers a delicate and contemplative montage of images from Mussolini’s brutal occupation of Ethiopia in the mid-1930s, encompassing the Italian army’s march, Italian mass’ collaboration with Fascism, and the Italian venture to conquer Ethiopia.

As in their previous archival films, the ‘analytical camera,’ a special device built by the filmmakers themselves, allows them to enter the individual frames of the footage with rephotographing them, to explore their details (even their material substance), to manipulate their colors, and to slow the footage down. As a result, the images of Pays Barbare are presented in extreme slow motion and with a vivid texture of grains and scratches, enticing the viewer to consider the footage as historical documents and ponder the actions and gestures of the subjects inscribed in it. In keeping their manual technique marked by the balance between poetic and analytical approaches, the filmmakers add a few new elements to their renewal of the archival image. The first is to enable viewers to read images of colonialism themselves and the way in which they were consumed, as evident in the sequence of a Ethiopian woman on her knees wearing a top that leaves her breasts bare, and a bearded soldier who washes her head symbolically. The second is to position the filmmakers’ study of the archival footage within the larger regime of colonial visual culture in the early 20th century, as they juxtapose it with portraits of the colonized and snapshots of their landscape in order to suggest the same imperial gaze that determined both ethnographic film and photography. The final element is the filmmakers’ effort to remind us that we are not as far removed from yesterday’s fascism as we might think, as the film’s voice-over narrates the persistence of fascism and racism in contemporary Europe as the recurrence of the past.

All of the three new elements successfully deepen the filmmakers’ archival cinema as moving between past and present, visibility and invisibility, and beauty and brutality. (KIM Jihoon)