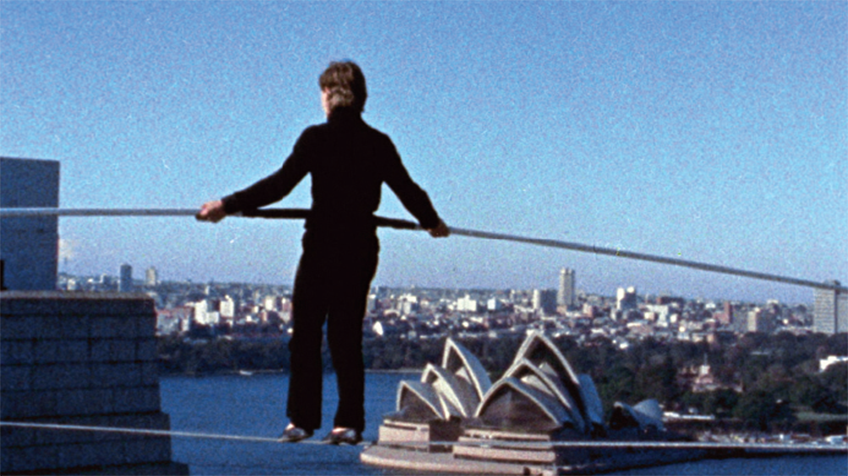 Back in 1966, the Twin Towers were yet to be built. The French high wire artist Philippe Petit read about the futuristic building plans during a visit to the dentist. In a moment of inspiration, the 17-year-old drew a line between them. In Man on Wire James Marsh reconstructs how Petit and his accomplices attempted to achieve the impossible in the years that followed. Marsh constantly switches between the preparations and the day of the feat, building the tension in the process. When the magic moment has finally arrived, on 26 August 1974 at seven in the morning, the viewer believes he is the witness to something unique. The story of one man’s illegal high wire walk between the Twin Towers is an amazing tale that has, unsurprisingly, been told many times before: in newspapers, in the children’s book, and in Petit’s own inimitable prose. Thus British-born director James Marsh couldn’t believe his luck when the funambulist agreed that he should be the man to bring the story, hailed by many as ‘the artistic crime of the century’, to the screen. Through this film, the director proves that this is a story only now being told properly. Marsh wisely makes full use of the big screen to bring an added visual dimension to the tale that simply doesn’t exist on the page.