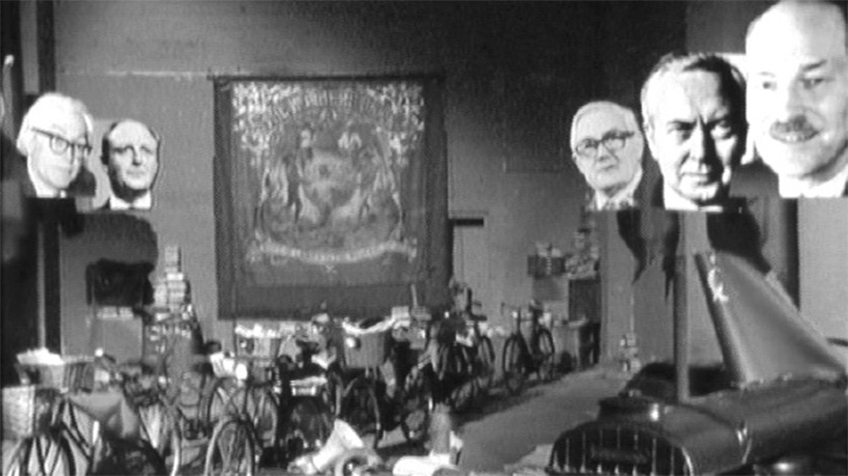 Utopias in Marc Karlin’s own words in conversation with historian, Sheila Rowbotham

(The film invites a trade unionist, a doctor, a miner’s wife, an economist, the Director of the Institute of Race Relations and a historian to give their own unique view of socialism).

“I was filming Utopias in 1986, around the time Margaret Thatcher said she aimed to destroy socialism once and for all. I was determined to say otherwise, obviously. I wanted to do portraits of different socialism, take ideas about it and so on, but to put them all on one boat. Utopias was like a banquet table. I liked the idea of having somewhere all these people could be together, where David Widgery, Sheila Rowbotham and Jack Jones, Sivanandan, Bob Rowthorn, and the miner’s wife were all going to be there. All these visions of socialism were great. I am totally naïve, but I shall remain to the end, so I just wanted them all at the table. Can you imagine? No: But the film did. I have never understood sectarianism. What I wanted to do was create a kind of alliance between Jack Jones and, funnily enough, David Widgery, who I always thought wanted to make socialism into a synthesis between the Rolling Stones and the AEUW, though I never worked out how that could be done. But, nevertheless, it was to show the range from top to end, and it was shown on Channel 4 in 1989.”

Marc Karlin in conversation with Sheila Rowbotham, an extract from Looking at Class. Film, Television and the Working Class in Britain. Edited by Sheila Rowbotham and Huw Benyon. (Rivers Oram Press: 2001)​