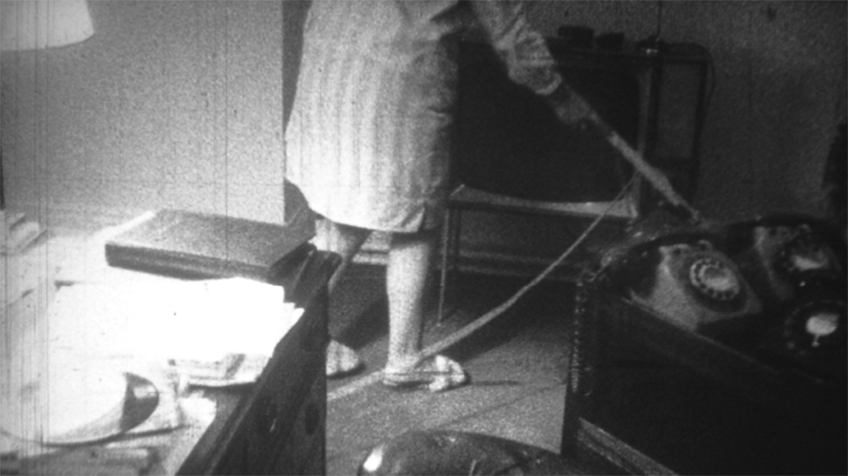 Nightcleaners Part 1 was a documentary made by members of the Berwick Street Collective (Marc Karlin, Mary Kelly, James Scott and Humphry Trevelyan), about the campaign to unionize the women who cleaned office blocks at night and who were being victimized and underpaid. Intending at the outset to make a campaign film, the Collective was forced to turn to new forms in order to represent the forces at work between the cleaners, the Cleaner’s Action Group and the unions - and the complex nature of the campaign itself. The result was an intensely self-reflexive film, which implicated both the filmmakers and the audience in the processes of precarious, invisible labour. It is increasingly recognised as a key work of the 1970s and as an important precursor, in both subject matter and form, to current political art practice. “A film that places the nightcleaners’ campaign within a series of broader political discussions formulated as an ‘open text’ which asks as many questions about its own status as a film as it does about the socio-political issues that are its subject. No engaged person should overlook its challenge” (Tony Rayns, Time Out). “A landmark work of British political cinema and of collective and feminist film-making” - Annette Kuhn Nightcleaners Part 1 was originally conceived as the first of an ongoing series; material subsequently shot for Part 2 eventually became '36 to '77 (1978), a documentary focused on Myrtle Wardally who was a leader of the Cleaners’ Action Group strike in Fulham. A new print of ’36 to ’77 is available from the British Film Institute (http://www.bfi.org.uk/).