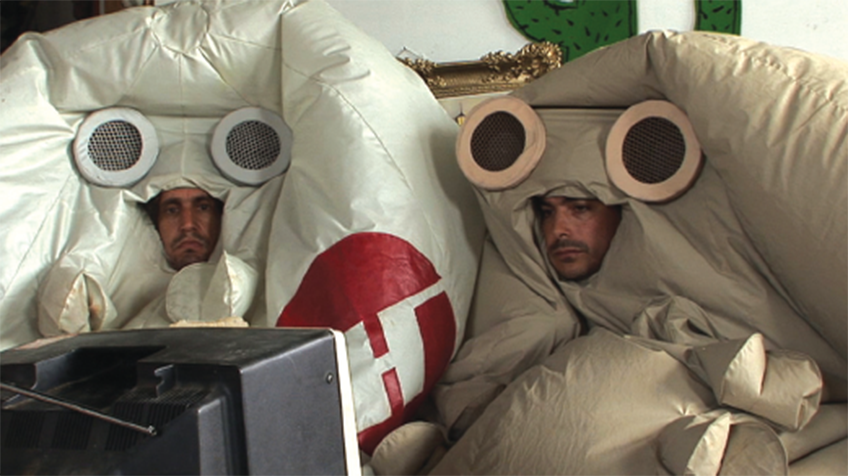 The Yes Men Fix the World

The Yes Men have an unusual hobby: posing as top executives of corporations they hate. Armed with nothing but thrift-store suits, they lie their way into business conferences and parody their corporate targets in ever more extreme ways - basically doing everything that they can to wake up their audiences to the danger of letting greed run our world. One day Andy, purporting to be a Dow Chemical spokesperson, gets on the biggest TV news program in the world and announces that Dow will finally clean up the site of the largest industrial accident in history, the Bhopal catastrophe. The result: as people worldwide celebrate, Dow’s stock value loses two billion dollars. People want Dow to do the right thing, but the market decides that it can’t. The reality hits Andy and Mike like a ton of bricks: we have created a market system that makes doing the right thing impossible, and the people who appear to be leading are actually following its pathological dictates. If we keep putting the market in the driver’s seat, it could drive the whole planet off a cliff. On their journey, the Yes Men try to wake up their corporate audiences to this frightening prospect, in the process taking on some of the world’s biggest and worst corporations. And in the end of this film, hope explodes with a power that may take audiences straight out of the theater and into the barricades. This film premiered at Sundance Film Festival with receiving a standing ovation, and won the audience award at Berlin International Film Festival.