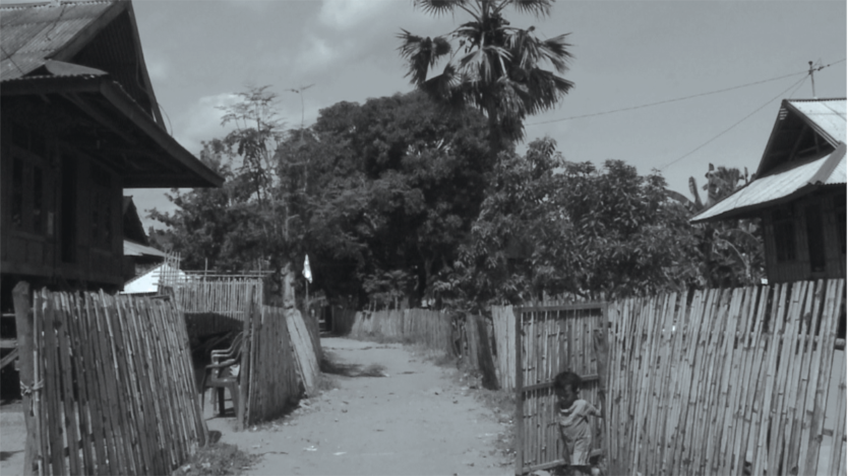 In December 2011, two protesters were killed in Lambu, the northernmost point of Sumbawa, Indonesia, when the police opened fire. The Indonesian National Human Rights Commission asked director Hafiz RANCAJALE from the Jakarta-based film production group Forum Lenteng to make a documentary investigating this incident. Hafiz and his crew flew over Lambu, where they reconstructed the story by talking to local residents and visiting the scenes of the incident. The conflict had been triggered by the local administration’s decision to grant a certain company a permit to mine gold in Lambu. As strangers suddenly turned up survey the area, a sense of panic spread among the residents, who feared that the mine would ruin their land and eventually their livelihoods as farmers. The camera listens to their stories attentively, while at the same time revealing their daily routine and condition of life with the greatest care. The interviews are sometimes cut off by a phone ringing or a sudden rain. The scenes of farming and Lambu’s landscape, footage of the protests and the remains of buildings set on fire by protesters are all important clues for restructuring the incident. In the end, the film succeeds in addressing the way the local government gives away the rights of their supporters to pursue its own interests – one aspect of Indonesian nationalism that has gone astray since 1988. (PARK So-hyun)