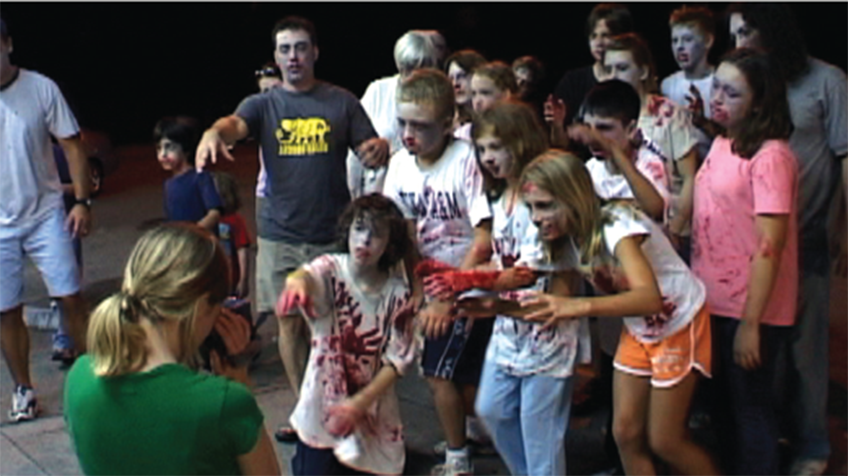 Zombie Girl: The Movie chronicles the creative passion of Emily Hagins, an extraordinary pre-teen girl following her filmmaking dreams. Most twelve-year-olds are busy with friends, homework, and online chatting. So is Emily, but she found time to write and direct a feature-length zombie movie as well. Zombie Girl: The Movie documents the exhilarating and heartbreaking two years it took her to make it. With the help of her mother as agent, crew, and biggest fan, Emily launches an epic adventure in genre filmmaking, battling everything from budget shortfalls to selfdoubt, all while coming of age as a teenager. The directors of this film said: if there is a message that we took from the making of this film, it would be that the passion and drive of a child should never be underestimated and should always be encouraged by parents and others. The bond between Emily and her mother, Megan, is the backbone of the story. Megan didn’t just provide logistical support, but their relationship was the foundation upon which the entire success of Emily’s project hinged. If you look past the blood, guts, and occasional decapitation, Zombie Girl: The Movie is a mother/daughter story, through and through. Without their bond, Emily’s movie would have failed. The “coolness” of a kid making a zombie movie is what attracted us to the story, but the family we discovered is what made us want to make sure we got it right when we told it.